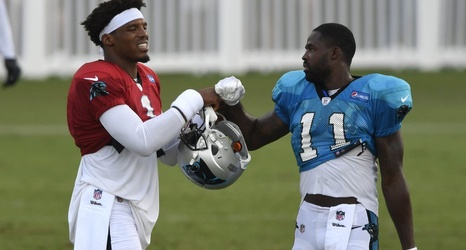 The Carolina Panthers have cleared wide receiver Torrey Smith and linebacker Jermaine Carter from the physically unable to perform (aka PUP) list after both players passed their physicals this morning, according to a report from Max Henson.

This is fantastic news for the Panthers as both players are expected to be contributors in 2019. Smith is expected to be a veteran leader at wide receiver (though he probably won’t see a lot of action on the field with guys like D.J. Moore, Curtis Samuel, Jarius Wright and Chris Hogan on the roster) and Carter is slated to be a key cog on special teams this year.