Carolina Panthers: Terry Godwin is a name to keep an eye on 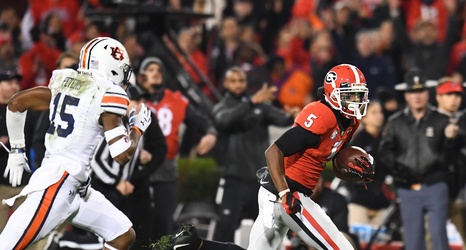 Things seem to be going well at the Carolina Panthers rookie minicamp, and that is a good sign for the team moving forward. One of the players who has really stood out to reporters and the team themselves was signed as an undrafted free agent. Terry Godwin is turning heads.

Now for those of you who follow college football, this is not necessarily a stunning development. Godwin was a tremendous receiver for the Georgia Bulldogs. As a junior in 2017, he caught 38 passes for 639 yards and six touchdowns. Averaging 16.8 yards per catch, he showed off his explosive playmaking ability that year.