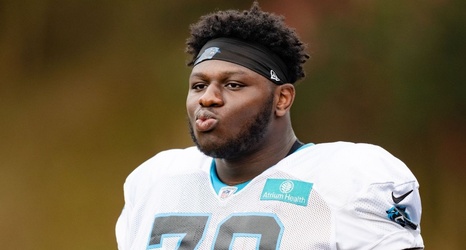 FOXBOROUGH, Mass. -- The Carolina Panthers aren't ready to name a starting quarterback, but they are ready to move forward with first-round draft pick Ikem Ekwonu as their starting left tackle.

Ekwonu, the sixth overall pick out of North Carolina State, opened Tuesday's joint practice against New England as the starter over 2021 third-round pick Brady Christensen. According to coach Matt Rhule, "That's where we are moving forward."

Christensen started the preseason opener at Washington and had been the starter since camp opened. He will compete with Michael Jordan for the left guard spot.