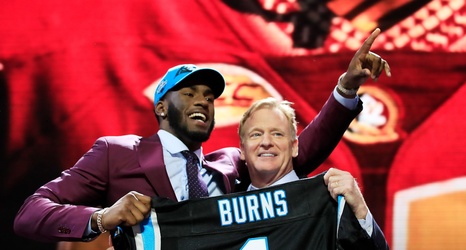 The Carolina Panthers struggle to bring down opposing quarterbacks a year ago has apparently prompted a change in defensive strategy. While their applied pressure may have remained consistent, the end result was lacking. As the season transpired, Panthers’ pass rushers consistently failed to reach pay dirt and register sacks. A year removed from being one of the top teams in the league, Carolina faltered down the stretch last season.

Always adapting as he attempts to put Carolina in a position to succeed, coach Ron Rivera is ready to feature more 3-4 fronts on defense this year.