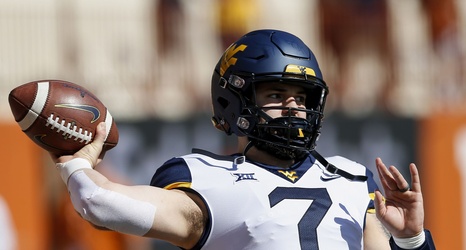 Much has been made about Carolina Panthers quarterback Will Grier. After he was taken in the third round, many Panthers fans were wondering if he was the right choice. I was even wondering myself, having said that they rolled the dice when the team drafted him. So far however, he is using training camp to state his case.

He certainly has the talent to be successful. He put up tremendous numbers at West Virginia, and some mock drafts had him going as high as late in the first round. Carolina had met with him before the draft, and it was certainly intriguing for them to do so.