Carolina Panthers face decision – To play Cam Newton or not? 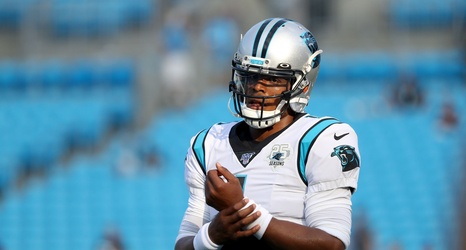 How about this – 29,041 passing yards, 182 touchdowns, 86.1 rushing yards per game, 4,806 rushing yards and 58 rushing touchdowns in eight-plus seasons. These are Carolina Panthers quarterback Cam Newton’s stats over his career to this point. On top of that, he was the 2011 Rookie of the Year, 2015 league MVP while posting a 15-1 regular-season record and a trip to the Super Bowl. So what happened?

Newton hasn’t been the same since that season and we all can see it. Many of us blamed it on the Super Bowl hangover teams often face after losing the big game.