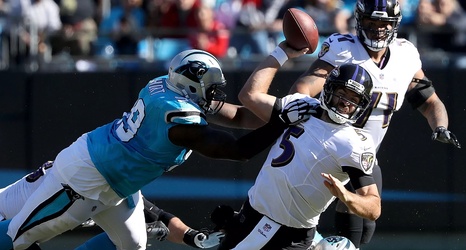 Rookie minicamp has started, and it appears that the Carolina Panthers are going to roll with a hybrid defense this season.

Here are some of the drills below:

DL coach Sam Mills III also very hands on, much like Eric Washington was in the position. pic.twitter.com/v6pubF3EVl

According to Charlotte Observer reporter Jourdan Rodrigue, Mills III instructed the players to align in both three and four-man fronts in today’s minicamp.