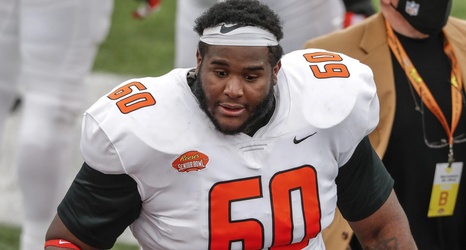 I love a good undrafted rookie free agent rookie story. It’s easy to root for the underdog, and nobody in the NFL has the odds stacked against them like the hundreds of undrafted rookies who flood team rosters immediately after the draft ends.

Back in 2014 the Panthers signed Andrew Norwell, an undrafted rookie guard out of Ohio State. Norwell not only emerged as a starter in his first season but went on to be a four-year impact player in Carolina, including being a major part of the 15-1 team that made the Super Bowl in 2015 then later earning All-Pro honors in 2017.