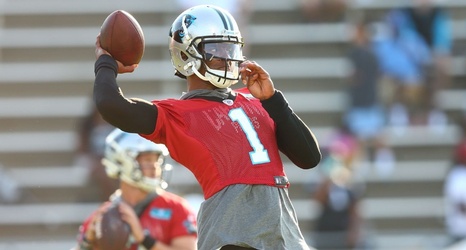 SPARTANBURG, S.C. -- Cam Newton admittedly couldn't throw more than 30 yards at the end of last season due to a sore right shoulder, so two completions of 40-plus yards in the first practice of training camp was a positive sign for the Carolina Panthers' ninth-year quarterback.

"He's healthy and ready to go,'' quarterbacks coach Scott Turner said Thursday night. "He looked good. We will look at the film, but I felt good about it.''

In January, Newton underwent shoulder surgery for the second time in three offseasons after being shut down for the final two games of the 2018 season.