Amazon’s ‘All or Nothing: The Carolina Panthers’ – Reasons to Watch 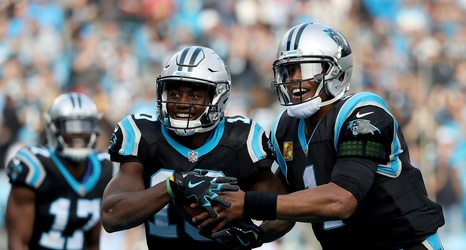 In its third NFL feature, Amazon’s all-inclusive series All or Nothing will feature an inside look at the 2018 Carolina Panthers. For those who haven’t watched past seasons, think Hard Knocks. For an entire season – on steroids. Past NFL seasons have included the Los Angeles Rams, the Dallas Cowboys and the Arizona Cardinals.

If you are a football fan, I would highly recommend watching all three seasons. Carolina’s feature is set to debut for our binge-watching pleasure on Friday, July 19. If you’ve ever wanted to get a deep inside look at what goes on between the players, coaches and front office of your favorite NFL team, the football gods have surely shined upon you this year.