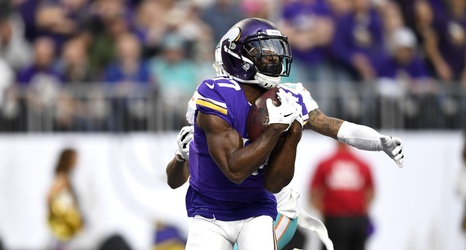 The Carolina Panthers made an intriguing move on Friday, signing wide receiver Aldrick Robinson to a one-year contract. You may recognize Robinson’s name as he has made his mark within the National Football League.

Robinson last played with the Minnesota Vikings, where efficiency was his hallmark. He caught 17 passes, five of them for touchdowns. That is not a bad touchdown to catch ratio if I do say so myself. He was drafted by the Washington Redskins in the 2011 NFL Draft, selected in the sixth round. He has bounced around the league, and hopefully he can find a permanent home with Carolina.