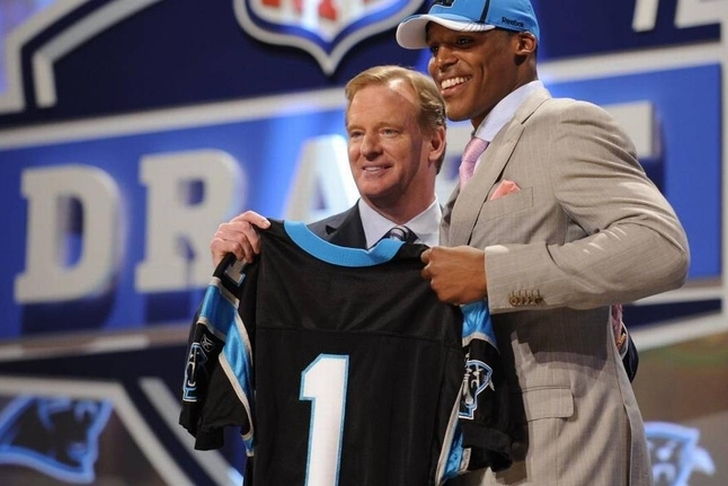 A full five years have come and gone for the 2011 NFL Draft class. It was a strong draft, with players like Cam Newton, Von Miller, A.J. Green, Julio Jones, Patrick Peterson and J.J. Watt all going in the top 11 picks. While the Carolina Panthers ended up with one of the best players, the rest of the draft wasn't as successful.

Now that five years have passed, we have a solid idea of just how good the players are from that class. Things can still change, although the results Panthers' draft class are rather clear. Newton was a home run, but the rest of the class didn't pan out. With that in mind, let's review and breakdown the Panthers' 2011 draft class.

Yeah, so this worked out pretty well. The Panthers made the no-brainer move of taking Newton and he has developed into a a franchise QB and one of the best in the league. He's still growing and the Panthers will be a serious contender as long as Newton is healthy. The Panthers nailed this pick, but struggled after that in the 2011 class. For more on the Panthers, download the Chat Sports Android and iPhone app.

The Panthers were without a second round because of the disaster trade for WR Armati Edwards. McClain didn't even make it to his second season with the Panthers, who cut him before the start of the 2012 season. He's battled injuries in his career, although he's managed to carve out a role as a serviceable reserve. He's currently on the Cowboys, but this was a bust pick for the Panthers. Fua lasted longer with the Panthers, but was cut in the middle of the 2013 season. He played sparingly in 2014 with the Browns, but hasn't played since. The Panthers later struck gold with another pair of high defensive tackle picks, but the selections of McClain and Fua didn't turn out well.

The third round was also a swing-and-a-miss. Hogan battled injuries and played in all of three games before getting cut in 2012. Pilares showed some promise on returns in 2011, but missed all of 2013 with injuries and was waived in 2014. He's currently playing in Canada, but he at least managed to contribute to the Panthers. Wilson and Williams never played a down, with Wilson getting cut in November after getting arrested for speeding and marijuana possession. Ziemba played in six games his rookie year, but was cut before the 2012 season, with injuries playing a role.

Grade: B-
This was a one player draft. The Panthers nailed it with Newton, which saves their class from being a complete disaster. The Panthers did end up with OT Byron Bell as a UDFA, and he helped as a starter for four years. He joined the Titans in 2015. It still could have been a much more successful draft had the Panthers found a contributor or two, but end up with one of the best young QBs in the NFL is a success.