Ranking The 5 Toughest Games On The Panthers' Schedule In 2017 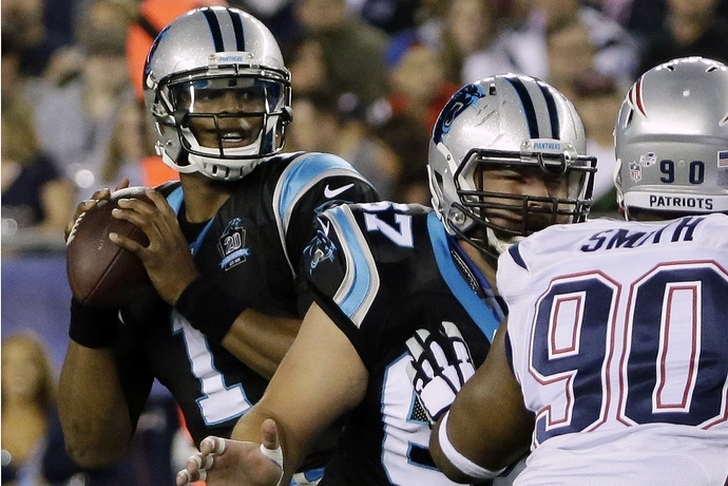 The 2017 NFL schedule was released last month, and the Carolina Panthers have a tough road ahead of them as they try to return to the playoffs. These are the 5 toughest games the Panthers will play this coming season:

5) at Detroit Lions (Week 5)
The Lions made the playoffs last year and are expected to be right in the thick of the race again this year. Even though this is an early-season game, it may have major wild card implications.

4) at Tampa Bay Buccaneers (Week 8)
Speaking of tough road test against playoff-caliber teams, the Bucs appear to be on the verge of breaking out this season. A lot of that depends on the development of quarterback Jameis Winston, but they are viewed as the biggest threat to the Falcons in the division - not the Panthers. You know that doesn't sit well with Cam Newton & Co. Look for Carolina to try to make a statement in this game.

3) Green Bay Packers (Week 15)
This is undoubtedly the toughest home game the Panthers will play this season. Aaron Rodgers will expose any and all weaknesses in Carolina's young, unproven secondary. We know how hot Green Bay got at the end of last season, and they should be in a similar rhythm late in the season leading up to the playoffs.

2) at Atlanta Falcons (Week 17)
The ramifications of this game could be astounding. Not only is this a road rivalry game against the defending NFC champs, but there's a real possibility that the division title or a wild card spot could be decided in this game. Emotions will be running higher than normal in this one.

1) at New England Patriots (Week 4)
Do you really need an explanation as to why a road game against the defending champs is at the top of the list? Well, I'll give you one anyways - Tom Brady is 103-16 at home in his career.