Predicting The Carolina Panthers' Final Four Games Of The Season 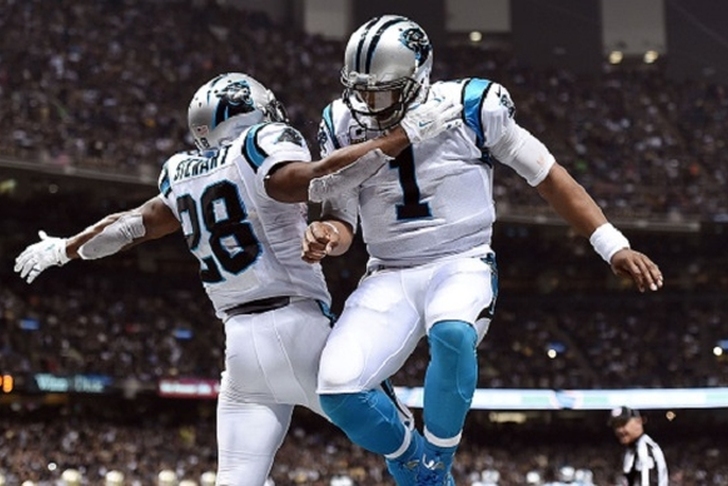 The Carolina Panthers are still the only undefeated team remaining in the NFL, and are four games away from being the second team in league history to go 16-0 in the regular season (1972 Dolphins went 14-0). Will they be able to do it? Here's how we think they'll fare in their next four games:

Carolina's game this weekend against the Falcons is their first matchup of the season, and Atlanta has been struggling since starting the season 5-0. They've lost six of their last seven games, including five in a row. Atlanta is a talented team, but they struggle against physical opponents - and no team is more physical than the Panthers. Expect Carolina to roll at home.

New York is another struggling team, losing three games in a row and four of their last five. The Giants will be playing on a short week after facing the Dolphins on Monday Night Football, and Carolina should be able to utilize having the extra day of rest and preparation.

Even though the Panthers will beat Atlanta this weekend, I think this is where they'll suffer their first loss of the season. Atlanta will need a win to stay in the wild card race, making them the more desperate team at home. Carolina is bound to have a down game at some point, and they could be looking ahead to 16-0 in this one. If the Panthers don't go undefeated, this is the one they'll lose.

The Bucs are surprisingly competing for a playoff spot this year, and they'll probably need to win this game to have any chance of making the postseason. However, Carolina's defense picked off Tampa Bay quarterback Jameis Winston four times in their first matchup this season, and they'll be able to confuse him again. Plus, the Panthers will be playing motivated football to bounce back from a loss and hold onto the top seed in the NFC.

Carolina is doing everything they can to go undefeated this season, but there's a reason only two teams in NFL history has ever accomplished undefeated regular season. One slip up can be expected, though the Panthers will still get home-field advantage throughout the playoffs with a 15-1 record.