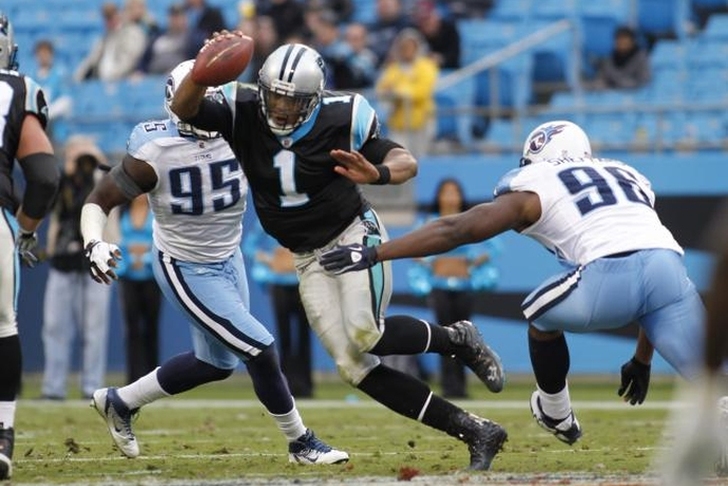 The Carolina Panthers pushed their record to 9-0 on the season with a dominat 27-10 victory over the lowly Tennessee Titans, who lost for the seventh time in eight games. Here's some notes, quotes, and observations from the game:

Panthers quarterback Cam Newton had his most efficient passing day of the season, completing 21 of 26 attempts. Newton started the day by completing his first 11 passes, the longest streak of his career.

Carolina's defense dominated again, limiting the Titans to just 242 total yards and 11 first downs in this one.

Tennessee needs to find a running back. Take away Marcus Mariota's performance and the Titans running backs combined for 40 yards on just 16 carries.

"I’m a firm believer if you don’t like me to do it, then don’t let me in [the end zone].’’ - Cam Newton on the Titans not liking him giving game balls to young fans after touchdowns.

"It's the elephant in the room." - Panthers head coach Ron Rivera on the potential of going 16-0.

"We didn't do a good enough job on third down and that starts with me." - Marcus Mariota on why the Titans' offense struggled.

It's not pretty, but Carolina keeps finding ways to get it done. The Panthers' receiving core combined for just nine catches, but tight end Greg Olsen continued to find ways to get open (to the tune of eight catches for 80 yards). Carolina's defense forced two turnovers and was dominant all day long, while the running game wore the Titans down in the second half. It's the same recipe we've seen from the Panthers under head coach Ron Rivera, but it's certainly working for Carolina.

Tennessee still has a long way to go. The Titans were soundly beaten in every phase of the game, something that has unfortunately become all too common in Nashville. Mariota showed flashed of why the franchise drafted him second overall this year, but the rest of the team looked severely outmatched. Major changes are needed if the Titans are going to contend for the playoffs anytime soon.