Panthers vs. Redskins: What You Need To Know From The Panthers' 44-16 Win 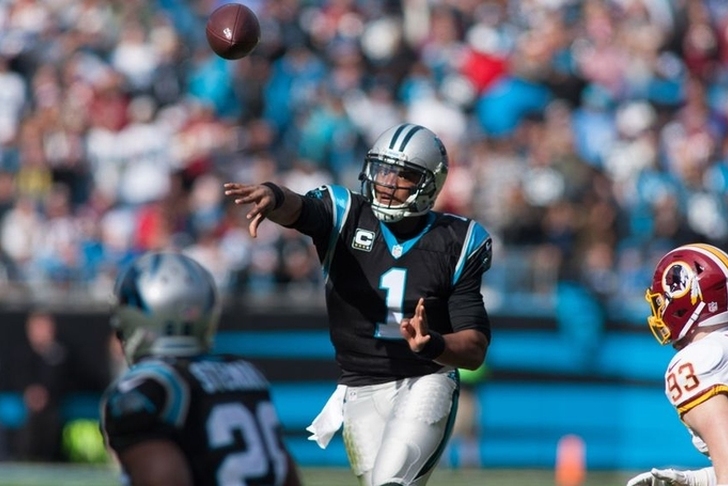 The Carolina Panthers improved to a perfect 10-0 by crushing the Washington Redskins 44-16. The Redskins drop to 4-6 with the loss and are one game back in the NFC East. Here's what you need to know from the Panthers' win.

Cam Newton just obliterated the Redskins' pass defense. He completed 21 of 34 passes for 246 yards and 5 TDs. This was one of the best passing games of his NFL career.

Did Devin Funchess just take the next step and emerge as a weapon for Newton? He was targeted eight times and caught four passes for 64 yards and a TD. If he follows this up with another strong game, it'll be huge for the Panthers.

Washington had nothing going on the ground. The ran the ball just 12 times for an awful 14 yards. After gashing the Saints, the Redskins predictably struggled against a great Panthers defense.

Kirk Cousins came back down to earth after torching the Saints. He completed 22 of 30 passes for 207 yards, a TD and a pick. However, he fumbled twice as well.

"I have labelled myself as a pocket passer with the ability to run." - Newton.

"Between the fumbles and the picks, we had a couple short fields. You've got to take advantage of them. We didn't sit on them. I know we scored a lot of touchdowns, and that's obviously what you're looking for." - Panthers TE Greg Olsen.

"They're undefeated for a reason. It doesn't just happen on accident. They have great players and a great scheme, and they have several players who've played in this system for several years. You see the fruit of that in how they've played this season." - Cousins.

This Panthers defense is among the best in the league and I think they're the best unit. They forced five turnovers against Washington and never gave the Redskins a chance. Defense wins championships and the Panthers have a chance to prove that this year.

This was a 31-14 game at the half, so the Redskins didn't need to abandon the run so early. The Panthers are a great defense, but the Redskins need to at least try to run the ball. Kirk Cousins isn't good enough to carry the offense to wins by himself.