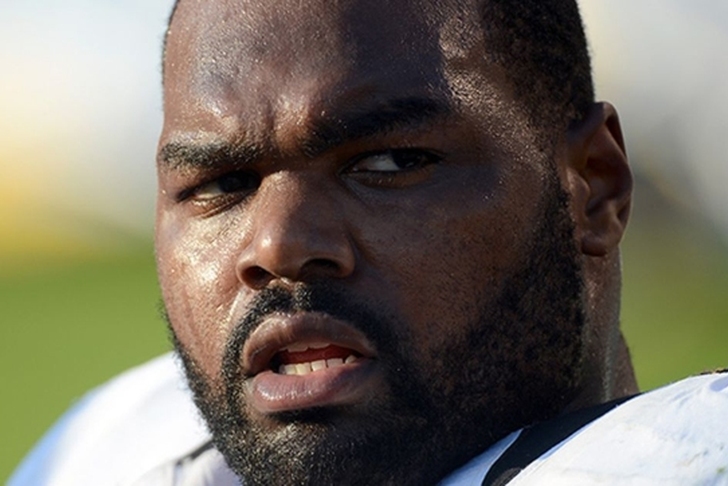 "The Blind Side" subject Michael Oher has received his fair share of criticism for a lackluster NFL career so far, but the new Carolina Panthers offensive tackle has one budding fan at least -- Panthers head coach Ron Rivera.

Via David Newton of ESPN.com:

"Coach Ron Rivera quickly came to Oher's defense when a couple of us were critical of the way Oher handled -- or didn't handle -- the speed rush last weekend. Rivera pointed out that it was the first time Oher had experienced the speed rush in one-on-one drills in pads for the Panthers -- or for any team in a few years after he spent two seasons as the right tackle at Tennessee and Baltimore. He reminded that Oher was much better in team drills, and that he did well against the run. I'll give Rivera that on both counts. And Oher has looked better as practice has progressed. He's still the guy, no doubt about it. But the Panthers also are pleased with the progress of Nate Chandler and Amini Silatolu as the backup. Depth-wise, Carolina is well ahead of where it was at this spot a year ago."

Oher had a less than stellar season with Tennessee last year, appearing in just 11 games for the Titans before moving on to the Panthers on a two-year deal this offseason. He started all 80 regular season games for the Baltimore Ravens from 2009-2013.