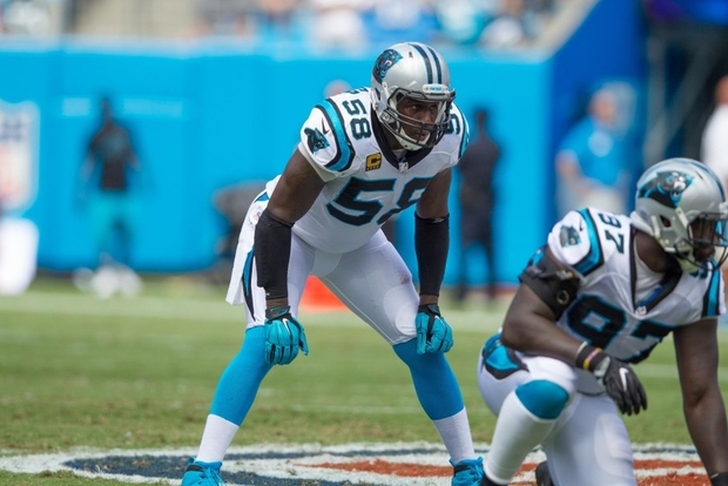 The Carolina Panthers have extended the contract of LB Thomas Davis. The team announced the one-year deal Tuesday on Twitter.

.@ThomasDavisSDTM has signed an extension and is now under contract through 2018! https://t.co/DWJ1k59hlh

Ian Rapoport reports it's a one-year extension, worth $6.75 million. It adds an extra two million in guarantees this year and another million next year. Davis was set to make $4.25 million this year.

Davis is 34-years old, meaning this could be his last contract in the NFL. He led the Panthers in tackles last year with 132.

His plan remains to retire as a Panther and he is the franchise' all-time leader in tackles. He was limited to just nine games from the 2009 to 2011 seasons because of knee injuries, but has missed just one game since. He's made the Pro Bowl in back-to-back seasons.