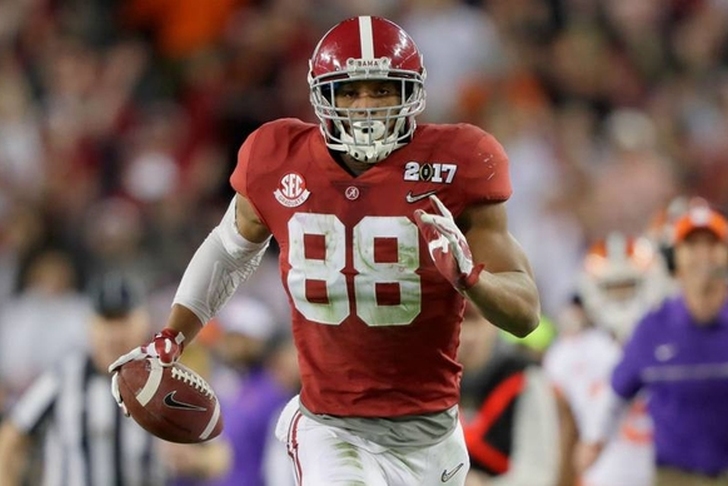 The Carolina Panthers hold the No. 8 overall pick in the NFL Draft, and after a disappointing 2016 campaign, they are looking to pick several young players that can contribute immediately going into next season. With the draft fast approaching, here are all the latest Panthers rumors you need to know from Chat Sports.

Panthers unlikely to trade for No. 2 pick
A rumor surfaced last week that Carolina was interested in making a trade to acquire the No. 2 overall pick from the 49ers, but such a deal is unlikely to happen, according to Joseph Person of the Charlotte Observer.

Panthers general manager Dave Gettleman has never shied away from trading up during the draft, but it has always been during the second or third days. And Gettleman said recently getting the Patriots’ second-round pick in exchange for defensive end Kony Ealy and a third-round pick gives Carolina a lot of flexibility.

But trading into one of the top overall selections takes a whole lot of currency, the specifics of which the Browns and Eagles laid out last year in this very scenario.

Philadelphia sent the Browns five picks – the No. 8 overall pick, third-round and fourth-round picks in 2016, a first-round pick in 2017 and a second-round pick in 2018 – to move up six spots to take Carson Wentz at No. 2.

The Eagles also received a fourth-round pick in 2017 from Cleveland.

These are the kind of blockbuster deals teams make if they want to draft a quarterback. It’s tough to envision the Panthers giving up that much for a guy who’s not even the best edge rusher in the draft.

The rumor centered around the Panthers looking to draft a "big time defender."

Carolina targeting O.J. Howard
The Panthers are continuing to do their research on potential targets with their first-round pick, and they have made Alabama tight end O.J. Howard one of their top targets, according to NFL.com's Conor Orr.

In the next week, Howard has an on-campus workout scheduled with the Carolina Panthers, followed by visits with the Jacksonville Jaguars and the Chicago Bears, he told NFL.com on Thursday. Howard had previously spoken with the Titans and Buccaneers.

Howard, who is back home in Tuscaloosa, Alabama, working out with the Crimson Tide staff, has conditioned himself to be meticulously prepared in any situation. The Nick Saban school of hard knocks will do that to you.

The on-campus workout with the Carolina Panthers will be a little easier. Howard can just display what he does best. While this is his first private workout with a team, Howard said he expects to go through plenty of in-line blocking drills. In previous entries, Howard has discussed his love of blocking and it's one of the main reasons he has been a mock draft darling this time of year.

Panthers also interested in Julie'n Davenport?
In an effort to find depth along the offensive line, Carolina is bringing in Bucknell tackle Julie'n Davenport for a pre-draft workout, according to Bleacher Report's Matt Miller.

Davenport checked in at 6-foot-7 and 318 pounds at the NFL Combine, making him one of the biggest offensive linemen in this draft. Originally expected to be a fourth- or fifth-round pick, he is one of the fastest-rising prospects and could go as early as the second round.

Follow our Carolina Panthers news page for all the latest Panthers draft news!