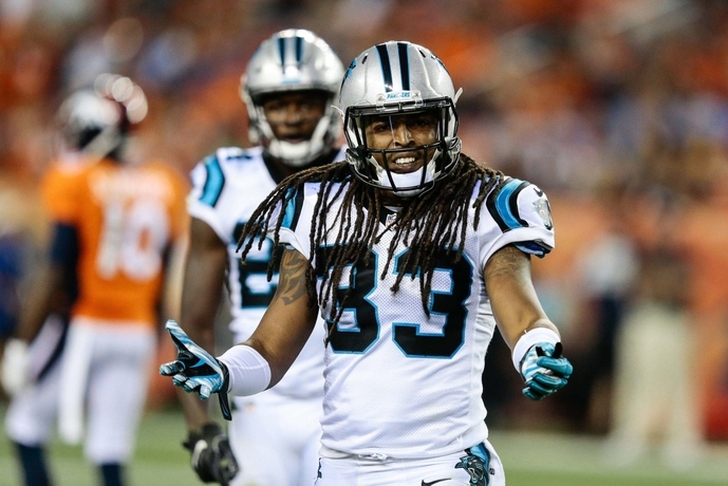 NFL free agency is well under way and the Carolina Panthers have been one of the more active teams. They made several moves in the first week and aren't done yet, and are also preparing for the upcoming NFL Draft. Here are the latest Panthers news and rumors you need to know.

Panthers taking calls for Tre Boston
The Panthers are listening to offers for safety Tre Boston, according to Bill Voth of the Black & Blue Report.

After already giving up on their second-round pick of the 2014 draft, the Carolina Panthers could be tempted to do the same with their fourth.

According to multiple sources, at least one team has recently called looking to acquire safety Tre Boston. To be clear, the Panthers aren’t shopping Boston. But it’s reasonable to assume they’re willing to listen to possible offers.

Heading into free agency, the Panthers made landing a veteran safety a priority. Not only are they unconvinced Boston can be consistent enough to hold onto a starting job, but they also want to slide Kurt Coleman back to free safety, where he snagged seven interceptions in 2015.

Boston had 53 tackles with two sacks and two interceptions in 15 games last season.

Panthers targeting O.J. Howard in the draft?
Carolina has been heavily linked to LSU running back Leonard Fournette in the upcoming draft, but ESPN's David Newton writes that Alabama tight end O.J. Howard is the prospect who would have the biggest impact for the Panthers.

So that brings us to Alabama tight end O.J. Howard (6-foot-6, 251 pounds). If he’s there, you could pencil him into the lineup opposite Pro Bowler Greg Olsen.

A two-TE set with players who are threats as receivers (apologies to Ed Dickson, who has only 37 catches the past three years) takes the pressure off Newton to run and puts more pressure on defenses having to account for both in pass coverage.

It also gives an extra big body to protect Newton and provide blocking in the running game.

Howard had 45 catches for 595 yards and three touchdowns last season.

Without getting into the minutia of the restructure, Lee, who missed seven games last season with a hamstring injury, gave back more than $2 million over the final two years of his contract. And the Panthers, who sent Cleveland a 2018 fourth-round pick for Lee shortly before the start of last season, gained some cap room.