Panthers Preview: 3 Things That Need To Happen For Carolina To Beat The Cardinals 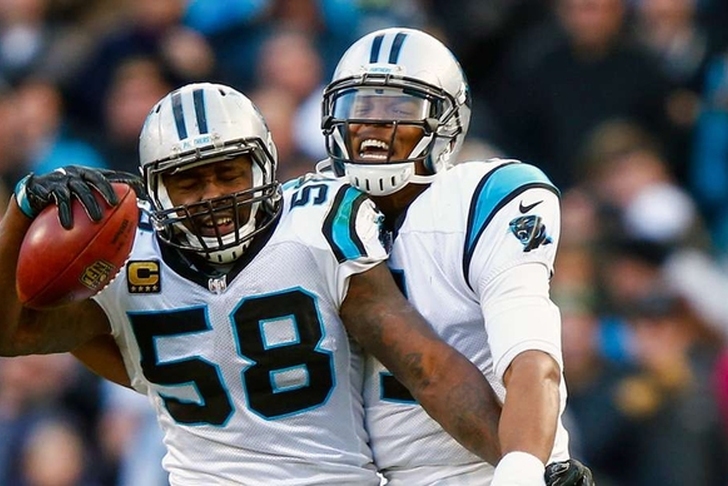 The Carolina Panthers are set to host the Arizona Cardinals on Sunday with a berth in the Super Bowl on the line. Carolina had the best record in the NFL this season for a reason, but beating Arizona is no small task. Here are three things the Panthers need to do if they want to make the Super Bowl for the second time in franchise history:

3) Control the running game
In an age of high-flying, up-tempo offense, Carolina has mastered the old-school style of ground-and-pound, punch-you-in-the-mouth style of football. They rank second in the NFL in rushing yards per game and lead the league in time of possession, showing how well they've been able to control the tempo of every game they've played in. Carolina's style of football is perfectly suited for playoff football, and they need to dictate the tempo against a very talented Cardinals team.

2) Secondary must step up
We all know about Josh Norman and how dominant he is, but the rest of the secondary will be tested immensely against the Cardinals. Arizona's downfield passing attack is the best in the league and have enough depth at receiver to test every defensive back on your roster. Outside of Norman, Carolina is extremely thin at corner as starter Ben Benwikere suffered a broken leg earlier this season and Charles Tillman suffered a torn ACL in their Week 17 win over the Buccaneers.

The Panthers are now starting Robert McClain and Cortland Finnegan in the playoffs, who were both signed as free agents during the season. Both players need to play exceptionally well to limit Arizona's offense.

Read more about this game in the Chat Sports iPhone and Android apps.

1) Cam Newton has to play like the MVP
Critics still doubt Cam Newton because he doesn't play the quarterback position in a traditional manner, but they aren't paying attention to how dominant he is on the field. Despite an obvious lack of notable offensive weapons, Newton threw for 3,544 yards and 33 touchdowns with just 10 interceptions while rushing for 626 yards and eight more scores this season. Most importanly, he's elevated the level of play of everyone around him so much that he's led a group of anonymous offensive players into a title favorite.

However, Carolina has become so reliant on Cam's super performances that it's almost a necessity for them to play their best. There's no doubt that Newton is the MVP this season, and he needs to continue to play like it for the Panthers to reach their goals.