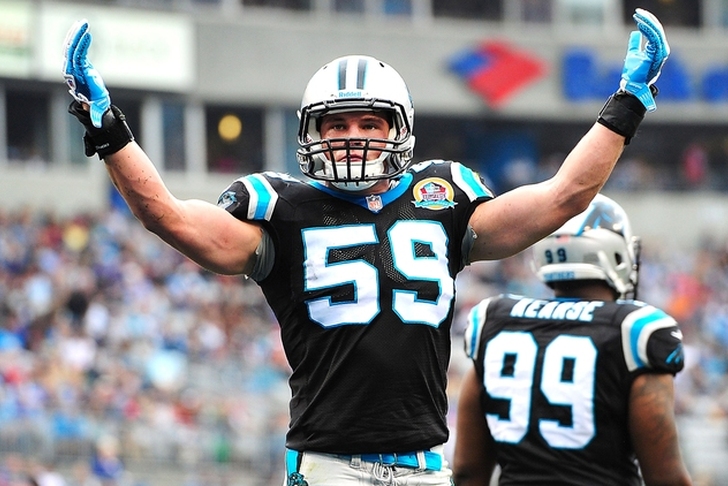 Thanksgiving went about as well as it could have for the Carolina Panthers, and about as terrible as possible for the Dallas Cowboys. The Panthers improved to 11-0 with a 33-14 win behind another strong defensive effort that feature two pick-sixes. The Cowboys fell to 3-8 with a poor offensive performance and lost QB Tony Romo to an injury.

Romo injured his left shoulder, immediately causing concerns that Romo re-injured his left collarbone. Romo fractured it in Week 2 and it cost him two months. The Cowboys were winless without him, but Romo wasn't going to lead the Cowboys to a win over the Panthers. He was downright bad, completing just 11 of 21 passes for 106 yards and three interceptions. There is no word on the severity of Romo's injury, but he did not return to the game and underwent x-rays.

The normally strong Dallas running game was shut down by the Carolina defense. The Cowboys picked up just 31 yards on 14 carries.

The Panthers' offense didn't light up the stat sheet, but it didn't need to because of a great defensive performance. Carolina settled for field goals four times and scored one offensive touchdown.

Matt Cassel managed to lead the Cowboys on a scoring drive, but it came late in the fourth quarter and well after the Panthers had put the game out of reach. Cassel did complete 12 of 82 passes for 82 yards and a TD.

Carolina look to stay perfect next week against the New Orleans Saints. The Cowboys will try to keep their dwindling playoff hopes alive against the Washington Redskins.