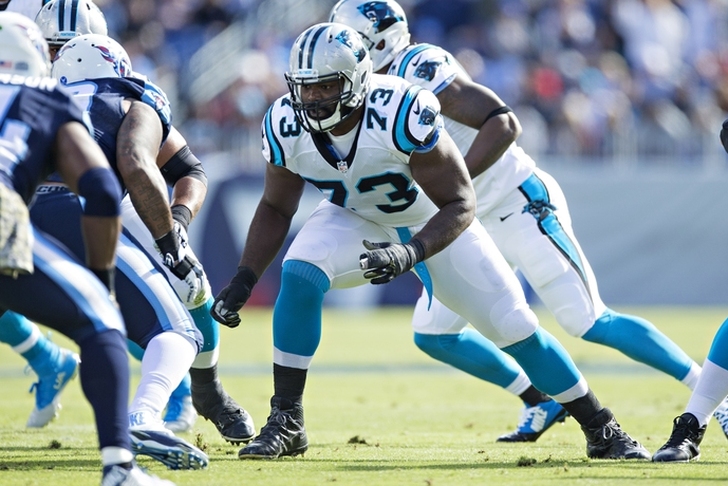 Carolina Panthers offensive tackle Michael Oher has been cited for assault of an Uber driver in Tennessee, reports WKRN News. According to a Nashville police report, the Oher shoved the uber driver to ground and kicked him following an argument on April 14th.

Before arriving at their destination, the driver stopped to let two passengers use the bathroom. When the driver got out to open the passenger's door, the police report says Oher got out of the car as well to confront the driver. The driver put his hands up towards the face of Oher, who then knocked the driver to the ground and allegedly kicked him in the leg. At that point, the other passengers intervened and restrained Oher.

The Panthers issued this statement to Channel 9 News in Charlotte: "We are aware an incident occurred involving Michael. We have no further comment at this time."

It's a misdemeanor assault citation for Oher. It's unclear when he'll need to appear in court.