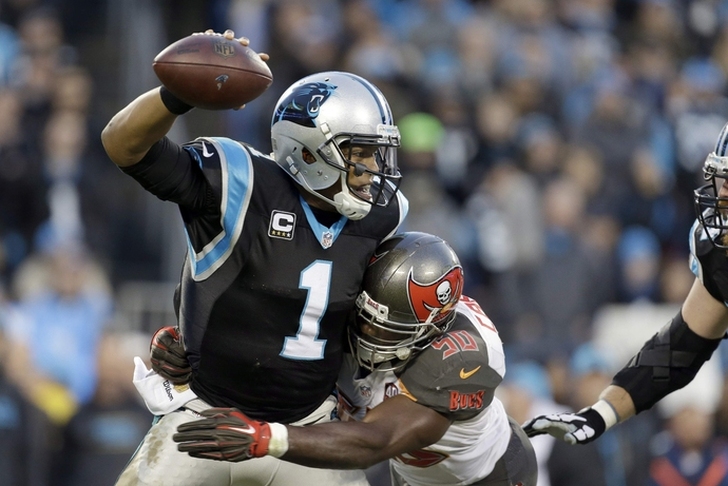 The Carolina Panthers head into the playoffs as the top seed in the NFC with a 15-1 record, capping off what has truly been a surprisingly successful regular season. As we head into the postseson, let's get you caught up on everything you need to know in our weekly Panthers notebook:

The Week That Was
Carolina needed a win in Week 17 to clinch the No. 1 seed in the NFC playoffs, and they did just that with a dominant 38-10 win over the Tampa Bay Buccaneers. Quarterback Cam Newton put the finishing touches on what is expected to be a MVP season for him, passing for 293 yards and racking up four total touchdowns.

The Week Ahead
The Panthers have a bye week, and will use their extra time to rest up and prepare. They will play the winner of Sunday's Redskins-Packers game.

Injuries
Cornerback Charles Tillman is out for the season after suffering a torn ACL in their win over the Bucs.

Running back Jonathan Stewart is questionable to play next week while recovering from a foot injury. He did not practice on Wednesday.

Backup running back Fozzy Whitaker is also listed as questionable with an ankle injury. He did not practice on Wednesday, but did have his walking boot removed.

Wide receiver Ted Ginn Jr. worked on the sidelines during Wednesday's practice and is also questionable to play next weekend.

Panthers add another player to the secondary