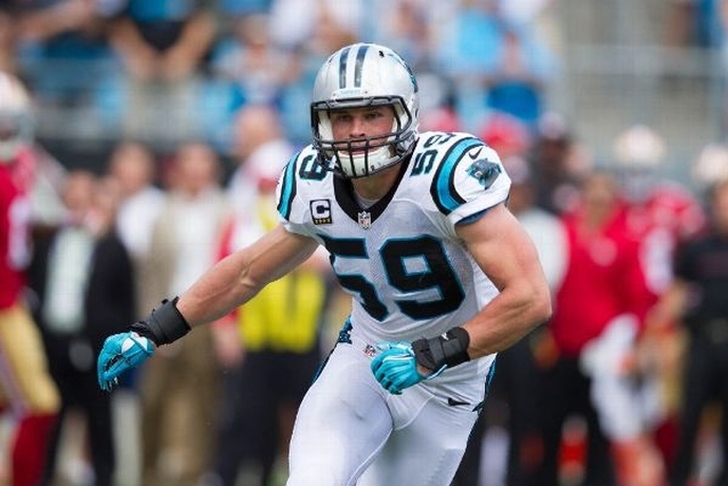 The Carolina Panthers announced that All-Pro linebacker Luke Kuechly will miss his second straight game on Sunday against the Seahawks with a concussion:

Kuechly is among four Panthers who weren’t able to practice all week and have been ruled out for Sunday’s game at the Seahawks. Kuechly, who went in the concussion protocol after Carolina’s victory over New Orleans in Week 11, made the 10-day West Coast trip knowing he’d miss the first game in Oakland but holding out hope for the Seattle game.

Still, his presence has paid dividends.

“He’s done a really nice job of talking to the guys and being in communication with them,” head coach Ron Rivera said. “It’s a neat thing.”

Kuechly suffered the injury in the fourth quarter of Carolina's win over the New Orleans Saints on Nov. 17. This will be the fifth game he has missed in the last two seasons due to concussions.

Prior to the injury, Kuechly had racked up 102 tackles with a forced fumble and an interception this season.