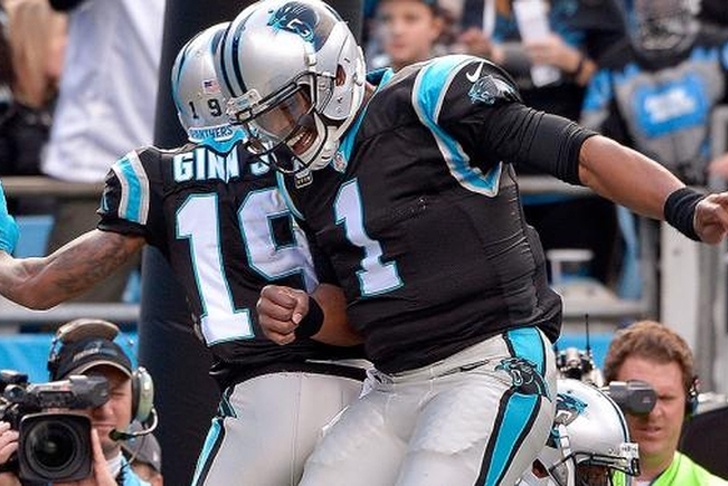 The Carolina Panthers (6-8) played potential playoff spoiler on Monday night, holding on for the 26-15 win over the Washington Redskins (7-6-1). Washington drops to a half game behind the Packers and Buccaneers for the final wild card spot in the NFC with the loss.

Much-maligned for their lackluster play this season, it was Carolina's defense that proved to be the difference in this one, forcing two turnovers that led to 10 points for the Panthers. They also dominated the line of scrimmage, holding the Redskins to just 29 total rushing yards on 13 carries.

Both teams started out the first quarter by trading field goals, then the Panthers pulled ahead again on the second drive when Cam Newtom found a wide open Ten Ginn Jr. for the 30-yard touchdown:

The Panthers wouldn't trail for the rest of the game. Washington cut the deficit to 13-9 at the half on a five-yard touchdown run from Robert Kelley, but the Panthers forced and recovered a fumble at the start of the third quarter that led to a 1-yard touchdown catch by Mike Tolbert.

The two sides traded field goals from that point on as Carolina held on for the victory.

Newton led the way for the Panthers, passing for 300 yards and two touchdowns, while Jonathan Stewart added 132 yards on 25 carries. They will try to keep their very slim playoff hopes alive on Saturday when they host the Falcons.

Washington was led by Kirk Cousins, who threw for 310 yards and one interception with that fumble. They will try to keep pace in the wild card race on Saturday when they have the Bears in Chicago.