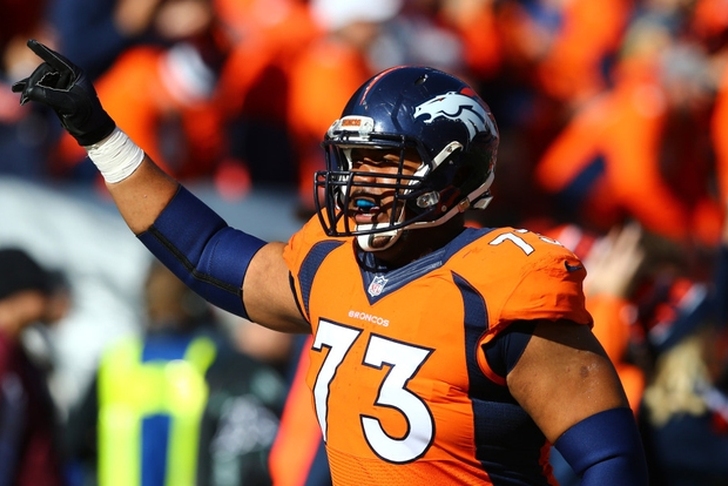 The offseason has reached a crucial point for the Carolina Panthers. The new league year starts on Thursday, March 9, and the two-day free agency negotiating window leading  up to the start of free agency (Thursday at 4:00 pm ET) as just started. During this time, teams may negotiate all aspects of a contract with a free agent but can't finalize the deal until the new year begins. Here are the latest Panthers news & rumors you need to know:

Without an agent, FA OT Russell Okung can’t be contacted by #Panthers until FA begins. But Carolina players are actively recruiting him now

Okung was released by the Denver Broncos earlier this offseason. He has started every game he has played in since entering the league in 2010, and 2016 was the first year in which he played a full 16 games.

Matt Kalil, the fourth overall pick in the 2012 draft, is set to become an unrestricted free agent Thursday when the new NFL year begins. The Vikings apparently want Kalil back but perhaps at less than the $11 million salary he made in 2016, according to the Pioneer Press.

If the younger of the two Kalil brothers hits the market, the Panthers are expected to be players for him.

Kalil, the younger brother of current Panthers center Ryan Kalil, is “100 percent healthy” after hip surgery last September, according to his father.

Carolina to pursue Barry Church
The Panthers are also looking to upgrade their secondary this offseason, and they've identified Barry Church as their top priority on that front, according to Bill Voth of the Black and Blue Review.

According to sources, the Panthers are expected to make a run at Barry Church, who will become a free agent when the new league year opens Thursday afternoon.

Church, who’s spent the first seven years of his career in Dallas, is one of nine Cowboys’ defenders set to hit the open market. He’s not much of a ballhawk – totaling just five career interceptions – but if the Panthers land Church, he could take over at strong safety, which would allow Kurt Coleman to move back to free safety.

Church had 85 tackles with two interceptions and one forced fumble with the Dallas Cowboys last season.