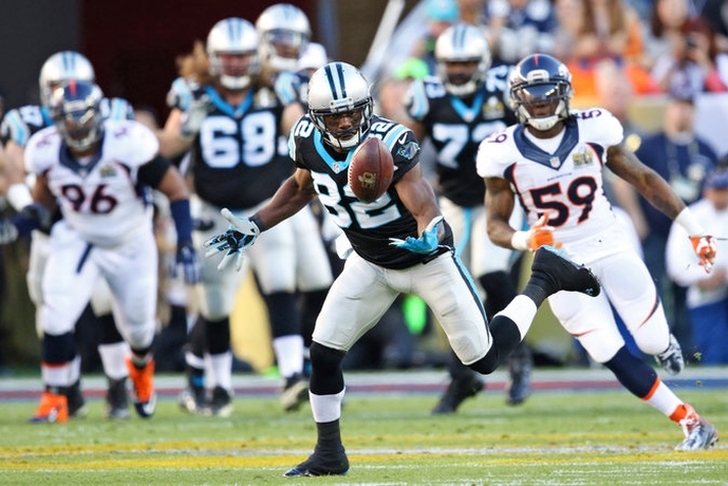 NFL Free Agency starts on March 9th, and the next few days will feature several Carolina Panthers rumors. While free agency doesn't officially start until Wednesday, the league has "legal tampering" days leading up to the start of the new team year, meaning teams can discuss contracts with any player - although a deal can't be signed until Wednesday. With that in mind, here are a few of the more interesting rumors and news tidbits on the Panthers.

Carolina to move on from Jerricho Cotchery
The Panthers have informed veteran wide receiver Jerricho Cotchery that the team will not re-sign him in free agency, reports the Charlotte Observer's Joseph Person.

The Panthers have informed free agent wide receiver Jerricho Cotchery he’s not in their future plans, according to a league source.

Cotchery, who turns 34 in June, caught 87 passes for 1,065 yards and four touchdowns in two seasons with the Panthers. But he dropped three passes in Super Bowl 50 against Denver – one that went to a replay challenge – in what apparently will be his final game in a Panthers uniform.

Cotchery, the former N.C. State standout, had said previously he would keep playing only for the Panthers. But Cotchery is open to signing elsewhere if he can find an interested team, the source said.

He had 39 catches for 485 yards and three touchdowns this season, without recording a drop until the Super Bowl.

Panthers re-sign WR Stephen Hill
Carolina re-signed Hill to a one-year deal on Monday, bringing him back after he missed the entire 2015 season with a torn ACL. He was also suspended for one game for violating the league's substance abuse policy. Hill last played in the NFL in 2013 after being a second-round pick by the Jets in 2012.

Carolina keeps Joe Webb
The Panthers have decided to keep the versatile Joe Webb on their roster, signing him to a two-year deal, reports the Charlotte Observer's Jonathan Jones.

Panthers QB/WR/ST Joe Webb has agreed to a 2-year deal to come back to Carolina, according to his agency

Webb mostly played on special teams last year, but he is also their third-string quarterback and provides depth at wide receiver.