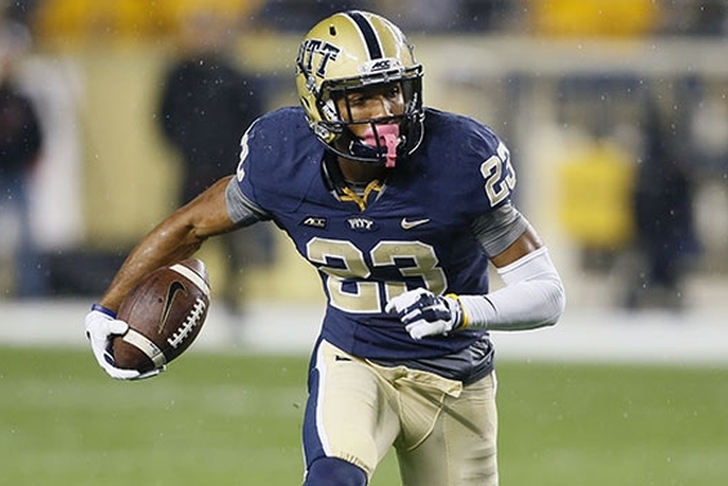 The Carolina Panthers haven't been the most active team throughout the first few weeks of free agency, but they haven't had to be. That being said, this team is still looking at availabe players on the open market along with several draft prospects they think can help this team get back to the Super Bowl. Here's all the latest news and rumors surrounding the Panthers:

Carolina targeting Duke SS Jeremy Cash in draft?
The Panthers are looking for safety help after releasing Roman Harper earlier this offseason, and after failing to bring in anyone in free agency to this point, chances are that they're looking to the draft to add depth. Many expect Carolina to draft a defensive end or wide receiver with their first round pick, so Cat Crave's Joshua Powell suggests drafting Duke's Jeremy Cash in the middle rounds - someone Carolina has already been linked to.

Cash is a tackling machine and he proved it by having 326 tackles in three years at that school in Durham.

Another stat of note is that Cash forced seven fumbles over that three year span which is a good number and shows he has some power to his hits. He can help stop the run game for the opposition because he plays with high energy and seems to sniff out where to go to make the tackle. He also is good in zone coverage when asked to play it.

Cash had 102 tackles with 2.5 sacks and three passes defensed in 12 games last season.

Panthers have Tyler Boyd, Shaq Lawson at top of draft board?
Of those wide receiver and defensive end prospects, Carolina has been most linked to Clemson defensive end Shaq Lawson and Pitt wide receiver Tyler Boyd with their first-round pick. The Panthers met with Boyd during the NFL Combine and had him in Charlotte for a private workout, while the team had Lawson for a private visit and a private workout.

These are the only two prospects that are projected to go in the first round that the Panthers have met with on multiple occasions, suggesting that they're the two players the team is the most interested in.