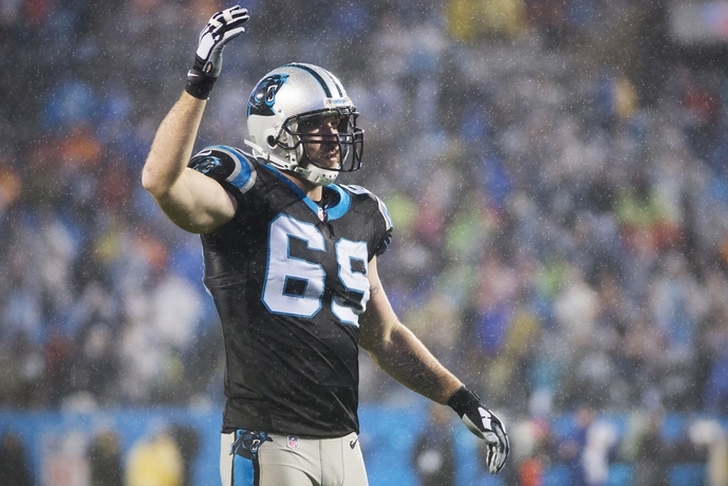 The Carolina Panthers held on for a win over the Seattle Seahawks Sunday, but they may have lost DE Jared Allen. The veteran suffered a foot injury that may cost him the rest of the season.

However, Ian Rapoport says Allen isn't on crutches and plans on continuing to play.

#Panthers DE Jared Allen broke a small bone in his foot today, source said, and he played some of the game with it. He plans on continuing

An X-Ray is scheduled for tomorrow and that's when the Panthers should know if Allen will actually be able to play through the pain.

The team traded for Allen at the end of September in a deal with the Chicago Bears. Allen has two sacks and 27 tackles in 12 games this season.