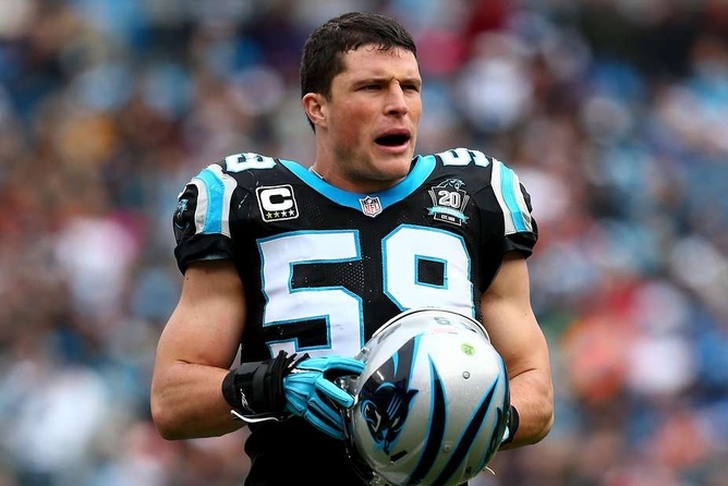 David Exum writes for the Independent Tribune, a small newspaper in North Carolina just outside of Charlotte. In what could go down as a legendary hot take, Exum penned a piece saying that the former Alabama star needs to be on the Panthers next season, no matter what the cost.

"If I was running the show for Panthers owner Jerry Richardson, I would have no problem at all offering up linebacker Luke Kuechly in order to draft Henry," Exum wrote. "If it were my team, I’d even toss in Mike Tolbert along with Kuechly to draft Henry."

Kuechly is the best middle linebacker in the NFL and the most important part of one of the NFL's top defenses. To be blunt, the idea of trading Kuechly for a running back that is projected to be on the board when the Panthers pick in the first round is absurd. But, Exum thinks Henry is the best player in this year's draft.

"It’s pretty ridiculous to me that Henry isn’t being considered the draft’s No. 1 pick, but I guess winning the Heisman Trophy and a national championship doesn’t mean much anymore," Exum wrote.

Henry is considered by nearly every NFL draft analyst to be the draft's No. 2 running back, behind Ohio State's Ezekiel Elliott. The Panthers could take a running back to replace Jonathan Stewart, and Exum wants the that to be Henry no matter what. Download the Chat Sports App for more Panthers coverage!