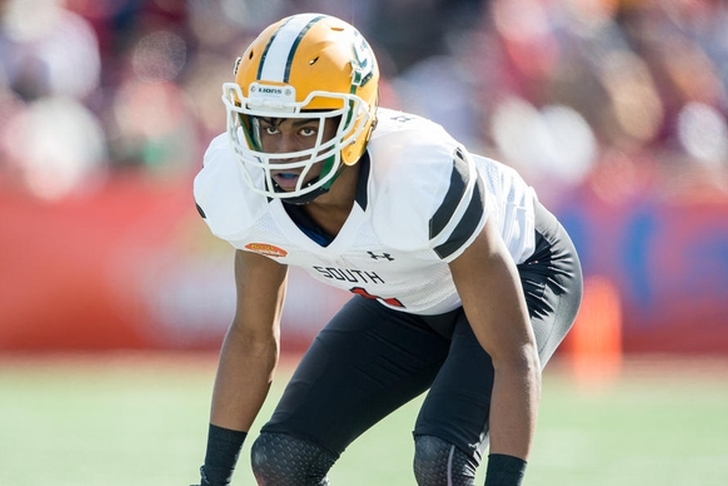 The NFL Draft is just a week away, and there are plenty of Carolina Panthers rumors floating around. The Panthers have already made a few solid moves this offseason and have a chance to make their team even better by adding talent in the draft. With the loss of CB Josh Norman, Carolina could look to add a corner early in the draft. Let's get you caught up to speed with all the latest draft rumors, news and speculation surrounding the Panthers.

Panthers Looking At Harlan Miller?
The Panthers will need to draft a cornerback at some point in this draft, and Tony Pauline reports they could do so in the third round. Pauline reports that the Panthers are high on Southeastern Louisiana cornerback Harlan Miller. He looked sharp at the Senior Bowl and has the potential to become a starter. The Panthers had two defensive backs coach work out Miller. However, if there's a quality CB on the board at the end of the first round, don't be surprised if the Panthers spend a pick on the spot. Corner is now a major need for the Panthers.

Panthers Looking At Two Under-The-Radar Prospects?
In the later rounds of the draft, the Panthers could take two lesser-known prospects, reports Pauline. The first is San Jose State RB Tyler Ervin. A Dion Lewis-type of player, with poor size but great athleticism. He should be taken early on Day 3.

The second player is Vanderbilt's Stephen Weatherly. The Panthers brought him in for a workout reports Pauline. At 6-foot-4, 267-pounds, the Panthers could convert Weatherly into a DE, although he could play LB as well. He's raw and will likely go on Day 3, but there's potential with him.

Follow our Carolina Panthers team page for all the latest Panthers Rumors!

Back to the Carolina Panthers Newsfeed
28 shares Share on FB Share on Twitter
Another article you might like: NFL Rumors: Jamal Adams Trade?, Hunter Henry Latest, Sam Darnold or Lamar Jackson & The Match With Tiger Woods, Phil Mickelson, Peyton Manning and Tom Brady >>