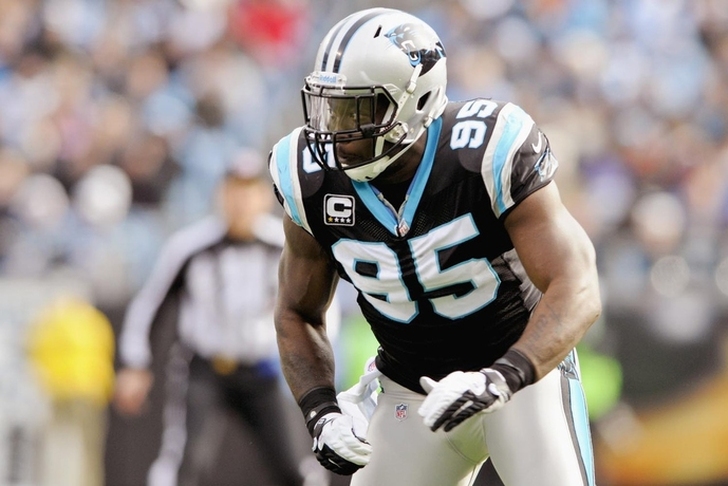 After seven years with the team, DE Charles Johnson is no longer a Carolina Panther. The team cut Johnson Thursday, in a move that saves the team $11 million. Johnson had just one sack last year amid injuries. It was a needed, although not ideal move. But the release of Johnson also means the Panthers have a need at DE.

The Panthers also lost Jared Allen to retirement, leaving Kony Ealy and Mario Addison as the starters at DE. Ealy showed promise late in the year, but Addison still has room to grow. Even if Carolina starts those two, depth is badly needed The Panthers have $27 million in cap space, meaning they could sign a defensive end (or two) to help replace Johnson. But with other needs, the team won't devote off it's cap space to replacing Johnson. With that in mind, here are 5 Players The Panthers Could Target To Replace Charles Johnson. 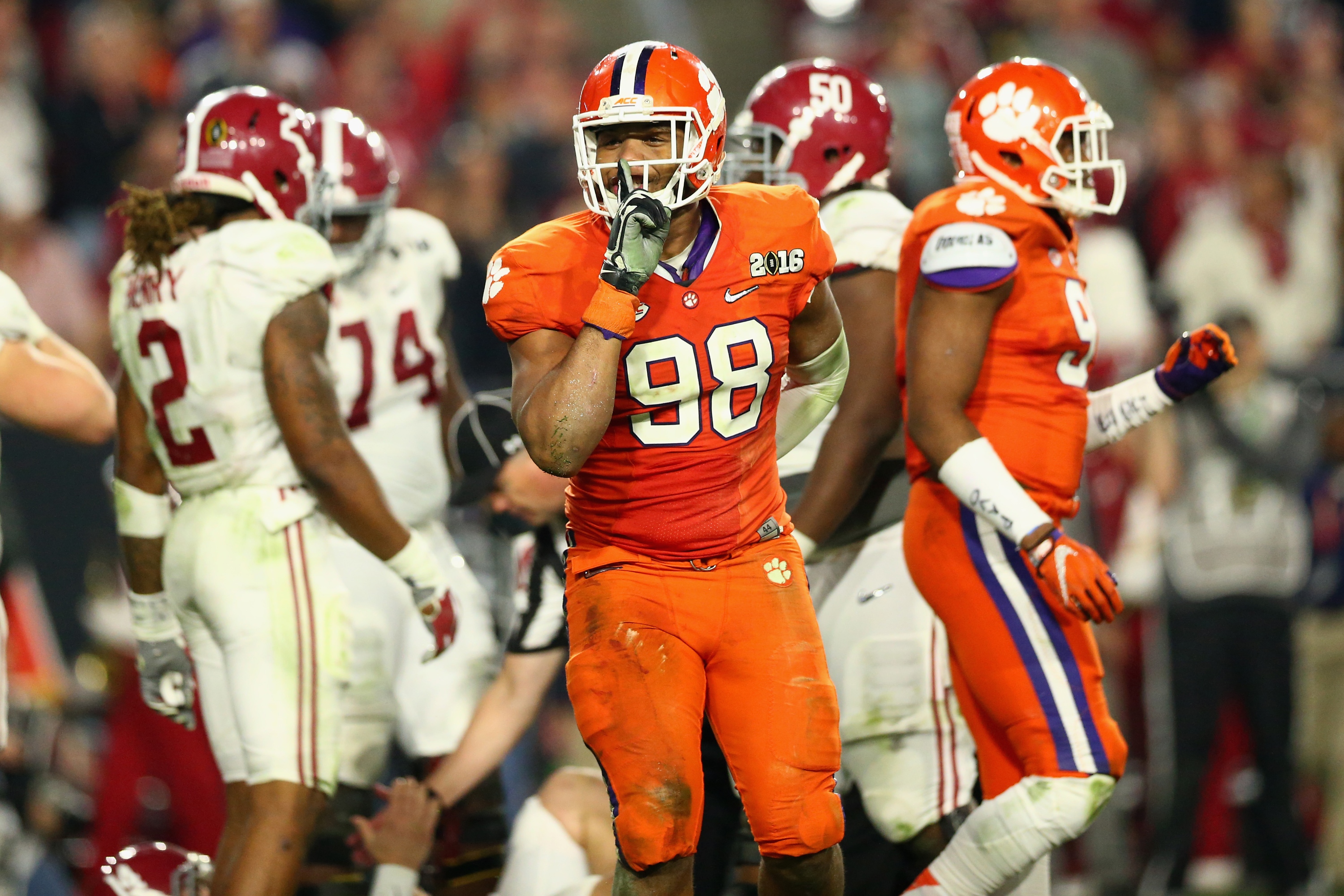 There will be a few quality DEs that go in the first round, and one or two should slip to Carolina at the end of the first round. Dodd might be the best fit as a 4-3 DE, and the late first round seems like the proper range for him. The former Clemson Tiger had a great National Title game and turned pro early. If Dodd is gone, someone like Oklahoma State's Emmanuel Ogbah could be an option. But with needs on the offensive line and wide receiver, the Panthers might not spend a first rounder on the position.

Williams is the biggest name on this list, but he might be out of the Panthers' price range. He's coming off a down season in Buffalo, but he's just 31 years and is still Mario Williams. Unless he's willing to take a discount to chase a Super Bowl title, Williams might sign a bigger contract with a team like the New York Giants. Still, getting Williams would help the Panthers' pass rush.

Tapper had a strong Combine, which will help boost his stock. He ran an impressive 40 time and was one of the Combine's risers. While Tapper is still raw, he showed pass rushing promise at Oklahoma. He be a solid late Day 3 pick if he's still on the board and would provided needed depth for the Panthers. For more Panthers coverage, download the Chat Sports Android and iPhone app.

Long might not be the best replacement for Johnson, but he'd easily fill the role of Jared Allen. That means Ealy would take Johnson's role. Long is coming off two rough seasons, which means he shouldn't be too expensive. General manager Dave Gettleman often prefers bargain deals to high-priced free agents, and that might be the case with Long. He was once a great 4-3 DE and he could recapture that form in Carolina.

Speaking of bargain deals, that's exactly what Coples could become. He was a bust in New York, but was miscast in a 3-4 scheme at outside linebacker. He's better in a 4-3 scheme (like the one Carolina plays) and he'd likely be interested in returning to Carolina, given that he played his college ball at UNC. The Panthers have already met with Coples and this makes perfect sense as a classic low-risk, high-reward signing. Adding Coples would be cheap enough that the Panthers could sign and/or draft another DE too.

Back to the Carolina Panthers Newsfeed
124 shares Share on FB Share on Twitter
Another article you might like: NFL Rumors: Jamal Adams Trade?, Hunter Henry Latest, Sam Darnold or Lamar Jackson & The Match With Tiger Woods, Phil Mickelson, Peyton Manning and Tom Brady >>