Game-By-Game Prediction Of The Carolina Panthers Record For 2017 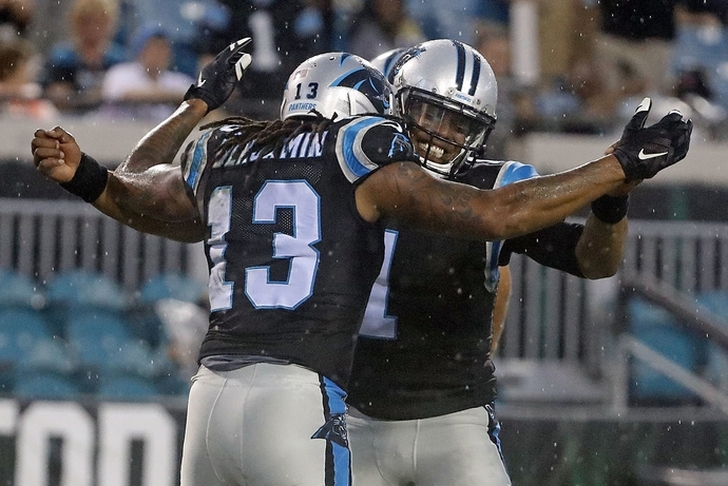 The Carolina Panthers surprisingly missed out on the playoffs last season after making the Super Bowl the year prior, but with all of their key pieces returning, Carolina is fully expecting to return to postseason and to compete for a championship again. Will they be able to make that a reality? Here's a game-by-game prediction of Carolina's record this year:

San Francisco will be better with Kyle Shanahan on the sidelines, but they simply don't have the talent yet to compete with the Panthers.

Another team that is expected to struggle this year, the Bills have major questions at wide receiver and on defense. They appear to be playing for next season.

The NFC South is the toughest division in football. New Orleans is projected to finish last in the division, but with Drew Brees running the show, they're going to win games. I expect Carolina to split the season series with them.

Do you really need an explanation as to why this is the toughest game of the season? Well, I'll give you one anyways - Tom Brady is 103-16 at home in his career.

The Lions made the playoffs last year and are expected to be right in the thick of the race again this year. Even though this is an early-season game, it may have major wild card implications - one the home team usually wins.

Carson Wentz and the Eagles are going to be very good - but they're still one year away. They're going to struggle on the road again. Plus, this is a Thursday night game, and the home teams usually win these contests.

The Bears have one of the worst rosters in the league (thank goodness for the Jets, right?). Easy win for the Panthers.

Speaking of tough road test against playoff-caliber teams, the Bucs appear to be on the verge of breaking out this season. A lot of that depends on the development of quarterback Jameis Winston, but they are viewed as the biggest threat to the Falcons in the division - not the Panthers. You know that doesn't sit well with Cam Newton & Co. However, with the talent on these two teams, I say they split their regular season meetings.

Carolina knows they can to toe-to-toe with the defending NFC champions. They will try to make a statement in this home game.

After Ryan Tannehill's injury, Miami has some major question marks on both sides of the ball. That will lead to a comfortable Panthers win on Monday night.

Oh, the advantages of playing a last place schedule. The Jets are putrid and may not win a game in 2017.

The Superdome is always a tough place to play, and with the Panthers winning the first contest between these two, the Saints get the nod here.

Minnesota's defense is really good. Their offense is also really, really bad. Carolina's defense may outscore the Vikings offense in this one.

Aaron Rodgers will expose any and all weaknesses in Carolina's young, unproven secondary, but Cam Newton and the Panthers' offense are very capable of keeping up with Green Bay on the scoreboard. This late-season game could have major implications on playoff seeding, and ultimately, I think the home team wins.

The flip side of that split, Carolina evens the season series against Tampa Bay at home.

This Week 17 matchup could very well decide who wins the division, and/or which one of these teams go to the playoffs. I think Carolina will have locked up a berth and could be playing their backups in this one, leading to a Falcons win.

Follow our Carolina Panthers team page for all the latest Panthers news & rumors!