Game-By-Game Prediction Of The Carolina Panthers Record For 2016 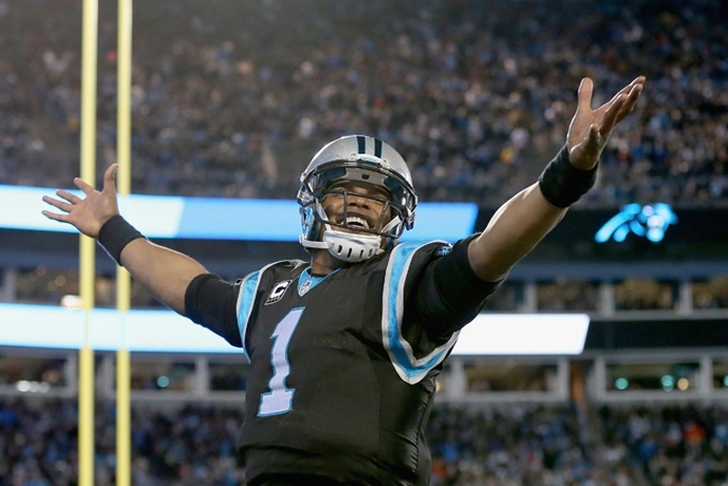 The Carolina Panthers saw their dream season fall short in the Super Bowl last year, and this team is determined to get back to the big stage and claim the franchise's first championship. We got our first look at Carolina's road to the playoffs when the schedule was released last month, and while they probably won't go 15-1 again in 2016, they're expected to have a successful season. Here's a game-by-game prediction of the Panthers schedule this year:

A Super Bowl 50 rematch on the opening Thursday of the weekend. Even though this is in Denver, do you trust Carolina's defense to make plays against Mark Sanchez? I do.

San Francisco will be improved under Chip Kelly, but their roster doesn't have the talent to compete with Carolina.

A rematch between two playoff teams from a year ago will be very interesting and fun to watch. However, the Panthers have the ability to shut down Adrian Peterson, and Teddy Bridgewater hasn't shown he can win a game by himself yet. Plus, it's in Charlotte.

Jameis Winston was turnover-prone at times during his rookie season, especially against the Panthers. Expect Carolina to come up with a couple of interceptions in a few wins.

The SuperDome has lost some of it's luster of the last two years, but it's still an incredibly tough place to play - and Carolina had to come back to win both games against the Saints last year. This time, New Orleans breaks through and hands the Panthers their first loss.

Last year's NFC Championship Game showed how much better the Panthers were than the Cardinals. It won't be a blowout, but Cam Newton will have his way with Arizona's defense again.

The Panthers defense against what will likely be Jared Goff? Yep, that's a win.

Once again, Carolina's defense will shut down KC's rushing attack and force Alex Smith to beat them - which he won't be able to do.

If New Orleans gets the first win over the Panthers, they won't be getting the second. Newton won't let this team get swept by a division rival. Plus, Thursday night games almost always favor the home team.

Oakland is a young, talented, up-and-coming team who will likely view this game as a chance to show how good they are. They'll play inspired football at home and pull off the upset.

Winning in Seattle two years in a row isn't going to happen for the Panthers.

San Diego is still in rebuilding mode, and a needed home game for the Panthers after two straight losses should result in a blowout win for Carolina.

Washington's defense still has some holes, especially in the secondary, and Newton should exploit those on his way to a huge game. Plus, they'll play with extra motivation against Josh Norman's new team.

Carolina will cap off a perfect season at Bank of America Stadium with another win over a lackluster Atlanta team.

At this point, the Panthers will probably have a top seed locked up and will want to save some players for the playoffs. Meanwhile, I expect Tampa to be fighting for a playoff berth and play with an increased sense of urgency, which is why they will win.