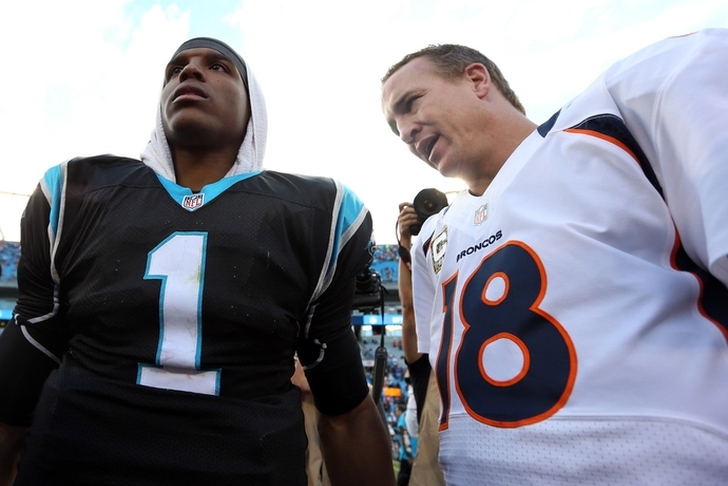 The court of public opinion has labeled the Denver Broncos as overwhelming underdogs in Super Bowl 50 to Cam Newton and a Carolina Panthers squad that has emerged as a true juggernaut on both sides of the ball in 2015-16.

Vegas smarts are picking the Panthers (Carolina is holding steady as 5.5-point favorites), social media is full of memes dedicated to Peyton Manning's "impending" Super Bowl loss, and even artificial intelligence has attached itself to the Carolina bandwagon.

Microsoft Cortana has picked the Panthers as nearly 2-to-1 favorites to take down the Broncos in the Bay, giving them a 64% chance to beat the Broncos.

Via a Microsoft Cortana press release:

“Carolina is expected to win by virtue of an excellent ability to force turnovers by their defense compared with a poor ability to protect the ball by the Denver offense. During the regular season, Carolina was the league’s #1 scoring offense and #6 scoring defense, while Denver was the #20 scoring offense and #4 scoring defense. Carolina’s rush offense was #2 vs #17 for Denver, and Denver’s rush defense was #3 while Carolina’s was #4. Both defenses are stout, so we expect Carolina’s much stronger offense to be the difference, becoming the first 18 win champion in 30 years.”

Cortana has picked the outright winner in 63% of this season/postseason's NFL games (169-97). Prior to Super Bowl 49, Cortana correctly chose the New England Patriots over the Seattle Seahawks.

The Microsoft AI joins EA Sports' artificial intelligence which predicted a 24-20 win earlier this week. The creators of Madden have correctly picked nine of the last 12 Super Bowl winners.