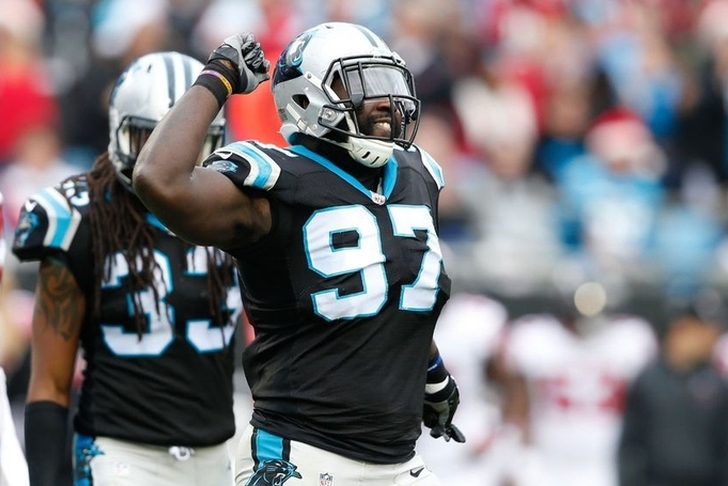 Panthers Re-Sign Mario Addison
The big news of the day was the Panther reaching a contract extension with DE Mario Addsion.

That keeps at least one of the three notable Panthers' free agent defensive linemen (Kawann Short and Charles Johnson) in Carolina next year. Short, by the way, is a prime franchise tag candidate. Addison, who is 30, racked up 9.5 sacks in a rotational role this year for the Panthers. His raise, plus Johnson's pending free agency, means Addison might be in line for even more playing time net year.

FA LB @AJKlein47: Being behind Luke and TD was a great learning experience but I'm looking for an opportunity to go somewhere and start.

That shouldn't be a surprise, since Klein wasn't going to be able to regularly crack the starting rotation. In limited time this year, Klein recorded 29 tackles, one sack, and two forced fumbles. It's unclear just how much money Klein can get on the open market, but the Panthers likely won't be the team paying him.

Panthers And Victor Cruz?
This is nearly a week old, but there is mutual interest between the Panthers and Victor Cruz.

Nothing imminent regarding deal for Cruz. Two sides will likely continue to talk as new league year approaches. No other visits on tap yet. https://t.co/I5XMFpTr9C

This doesn't mean a deal will get done, but it's a promising sign. Of course, Cruz is not the player he once was and injuries have sapped him of some of his explosiveness. Still, he'd help out a Panthers WR corps that needs it.

For more Panthers offseason rumors and news, check out out Carolina Panthers team page, or download the Chat Sports App!