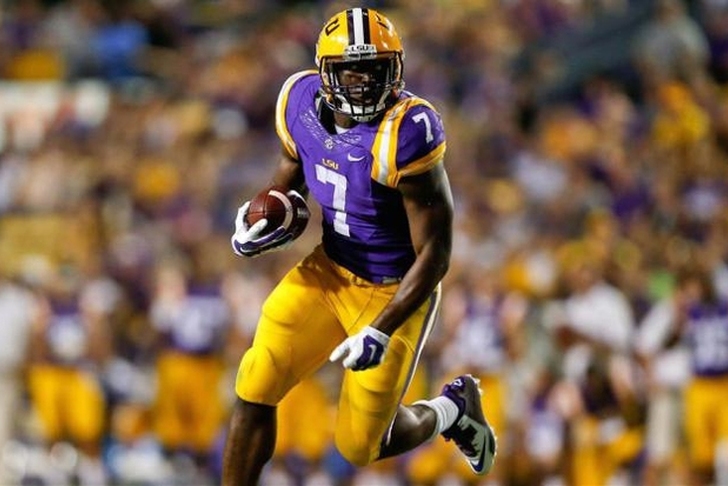 The Carolina Panthers hold the No. 8 overall pick in the NFL Draft after a disappointing 2016 campaign, and are looking to draft several young players that can contribute going into next season. With the draft fast approaching, here are all the latest Panthers rumors you need to know from Chat Sports.

Carolina targeting DE, RB
The Panthers have a major need along the offensive line, but because of the strength of this draft class, they are expected to draft either a defensive tackle or running back in the first round, according to ESPN's David Newton.

Because the draft is weak at offensive tackle, a definite need for Carolina, that will be handled in free agency. The Panthers are solid at defensive tackle, so that leaves an every-down defensive end and running back as their top priorities. The draft is good for both, particularly in the first round. That doesn't mean Gettleman wouldn't take one of the top two safeties should one fall in his lap.

Fournette the best fit?
Speaking of Fournette, NFL Network draft analyst Mike Mayock said that he thinks the Panthers are the best fit for him.

“He’s got to go to a team that’s going to commit to running the football and feeding him 20 to 25 times. And he’s not going to be much of an impact in the pass game,” Mayock said. “But when you start talking about Cam Newton taking less hits, to me if you’ve got a big back like that, that you can commit for the next to six to eight years, ‘We’re just gonna feed the big boy, and we’re going after it in the run game and then play to Cam Newton’s strength off of play action,’ I think that would be a significant impact.”

Fournette rushed for 843 yards and eight touchdowns on just 129 carries in seven games last year. In 2015, Fournette racked up 1,953 yards with 22 touchdowns in 12 games.

Follow our Carolina Panthers news page for all the latest Panthers draft news!