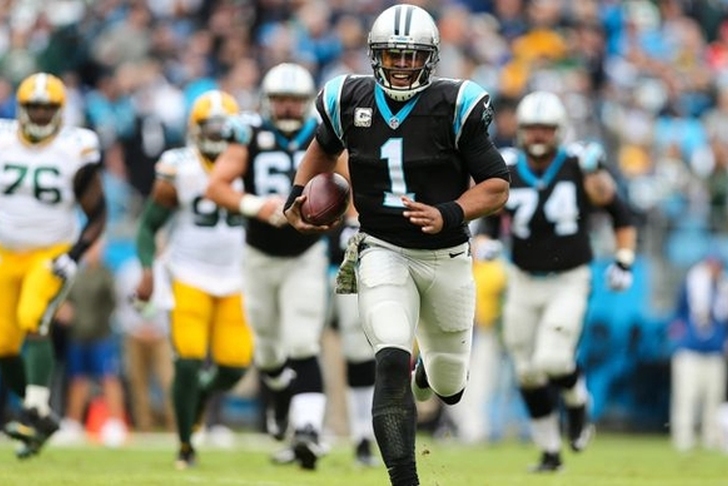 The Carolina Panthers and Cam Newton surprisingly took the NFL by storm this year, both of whom surpassed mediocre expectations in specutacular fashion. Newton officially took the leap this year, combining his elite size and athleticism with improved passing skills and clutch play to become a bonafide superstar. He has carried an offensive full of players that have been let go by other teams to a 15-1 record (and now the Super Bowl), making him the unquestioned MVP for the 2015 season.

Several other players also had tremendous seasons and could make legitimate MVP cases, but no one could match Newton this year. Here's how the MVP race ended up at the end of the year:

5) Andy Dalton, QB, Cincinnati Bengals
Dalton was a serious contender for this award until he got hurt, but that doesn't take away from how good he was this season. He completed 66.1 percent of his passes for 3,250 yards with 25 touchdowns and seven interceptions in just over 12 games this year, leading Cincy to a 10-2 record.

4) Russell Wilson, QB, Seattle Seahawks
Wilson has been nothing short of incredible lately, as his offensive line has finally improved to the point that Wilson has some time in the pocket. In the last seven games of the regular season, Wilson threw for 24 TDs and just one pick. For the season, he's completed 68 percent of his passes for 4,024 yards, 34 TDs and eight picks.

3) Carson Palmer, QB, Arizona Cardinals
We saw what happened last season to the Cardinals without Palmer. He's the most important part of the team, and they'd be in serious trouble without him (despite what happened in the playoffs. This season, Palmer completed 63.7 percent of his passes for 4,671 yards, 35 TDs and 11 INTs.

2) Tom Brady, QB, New England Patriots
Brady has proved "Deflategate" should have been a non-issue and remained as a MVP frontrunner all season. He completed 64.4 percent of his passes for 4,770 yards, 36 touchdowns and seven interceptions. He's torched nearly every defense he's faced and has battled through injuries to his supporting cast, leading the Pats to a 12-4 record.

Read more about the NFL in the Chat Sports iPhone and Android apps.

Newton completing 59.8 percent of his passes for 3,827 yards, 35 touchdowns and 11 interceptions is impressive in its own right, when when you add 636 yards and 10 touchdowns on the ground, you have a MVP frontrunner. However, Newton ran away with this award because he had almost nothing around him offensively and still carried the Panthers to a 15-1. Tight end Greg Olsen and running back Jonathan Stewart are good weapons, but his receiving core is full of second-hand castoffs - and Newton's play has turned guys like Ted Ginn, Corey Brown, and Jerricho Cotchery into stars.

His ability to lead a team that no one expected to sniff the playoffs and turn them into a team with the best record in the league is why he's head and shoulders above anyone else in the MVP race.