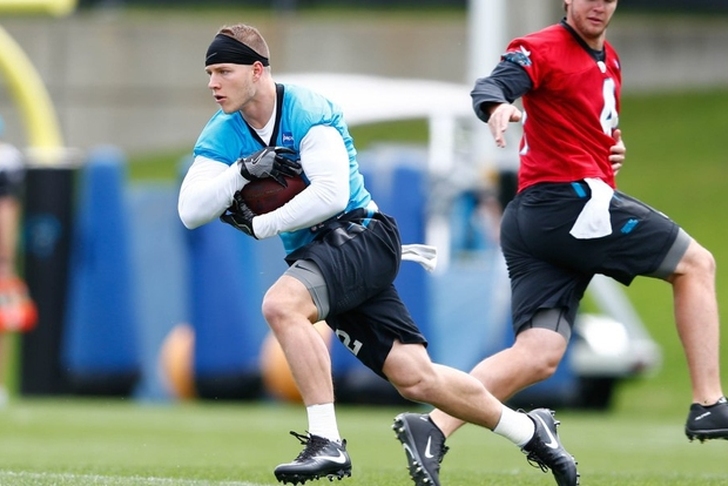 With rookie minicamps starting around the league, the Carolina Panthers are flipping the page from the offseason to making preparations for the 2017 season. As such, it's time to take a look back and see how the Panthers did this offseason. Here's a review of every move Carolina made from free agency to the draft, and how Chat Sports grades those moves:

Carolina sured up a lot of their weaknesses with this haul, strengthening their roster from top to bottom. The most important thing was re-signing DT Kawann Shot, and they fulfilled perhaps their biggest need by upgrading their secondary. Mike Adams isn't anything more than a stopgap at safety, but he led the Colts in tackles last year and was second on the team in interceptions, providing the Panthers with a reliable player on the back end of the defense. Then there's Captain Munnerlyn, who finally gives the Panthers a quality slot corner. Bringing Julius Peppers back was great for sentimental purposes, and while he can still produce, he is just a short-term solution as Carolina tries to improve their pass rush.

The Panthers also needed to improve their receiving core, and that meant parting with two below-average receivers in Ginn and Brown. Ginn had success in the deep threat role, but was afraid of contact and dropped WAY too many passes - especially would be touchdowns. Brown was never able to produce at the level the Panthers were hoping.

The only move Carolina made that I don't consider to be a good move is the Ealy trade. Outside of that, everything else made the Panthers better.

McCaffrey and Samuel are going to be dynamic, but there's some overlap in skill set. Both have return abilities and can play RB and slot WR, so while they're needed weapons Cam Newton needed, there is some worry about how they'll fit together. Moton and Hall also fill needs, but it may have been a reach for each. I love Elder and he'll be a good fit in Carolina. Overall, this is an average class.

Complete Offseason Grade: B
The Panthers added depth at needed positions in free agency, and tried to add more versatile weapons in the draft. While McCaffrey looks to be a slam dunk pick, the rest of the class will have to prove their worth on the field. All in all, Carolina made the necessary strides to improve and should be in the playoffs this season.