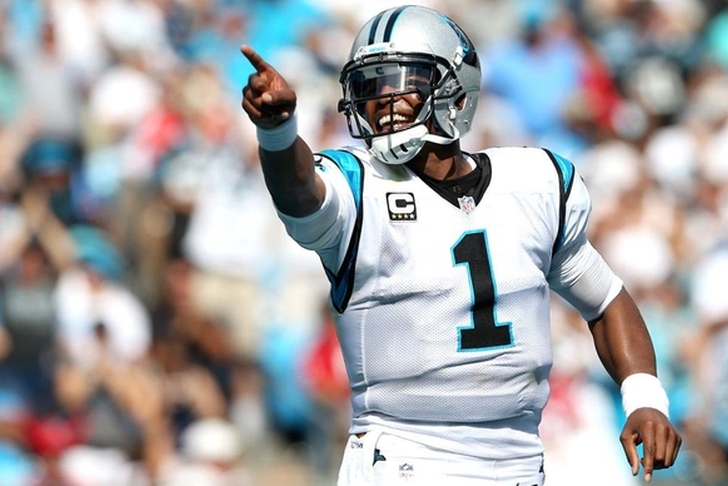 Carolina Panthers quarterback Cam Newton didn't mince words when asked by reporters on Wednesday why he thinks he's been subjected to repeated criticism since his days at Auburn.

“I’m an African-American quarterback that may scare a lot of people because they haven’t seen nothing that they can compare me to,” Newton said, via Jonathan Jones of the Charlotte Observer.

From critiques that were hurled at him during the pre-draft process in 2011 to a recent op-ed by a Tennessee mother who was offended by the example Newton's dancing set for her nine-year-old child, Newton finds himself at the eye of the media storm more often than not. More on this story in the Chat Sports iPhone and Android apps.

However, with a chance to become just the third African-American quarterback to win a Super Bowl come next Sunday against the Denver Broncos, Newton says he's moved past the noise and couldn't "care less what you say" about him.

“Whether you win, lose or draw, people are going to talk,” Newton said.

“Now the true fans -- they know what’s up. They’re going to be supportive whatever happens.... But people are going to judge and have their own opinion on certain things that I don’t have control over nor does anybody else.”

Newton has torn down banners, pulled off elaborate dance moves in the end zone, chucked 12th Man flags and repeatedly taken pictures on the sidelines this year during the Panthers' 17-1 run to a Super Bowl berth -- actions which have drawn a line in the sand between those who love him and those who loathe him.

Yet, he's also the runaway favorite for the NFL MVP award and his play has backed up his showmanship all year long. Head coach Ron Rivera says he's puzzled about why Newton gets less praise for what he does right on the field and more flak for what people perceive him to be off the field. More from Rivera in the Chat Sports Android and iPhone apps.

“It’s funny we still fight that battled based on what? All he’s done when he came in his rookie year…he had a dynamic rookie year,” Rivera said.

“He was NFL (Offensive) Rookie of the Year. He’s been in conversations every year for awards. This year he’s in the conversation for MVP. I still don’t get why he has to (be criticized). And maybe there are some people out there who are concerned with who he is, which I think is terrible. I really do. “You think in this time, this day and age, it would be more about who he is as an athlete, as a person more than anything else. Hopefully we can get past those things.”