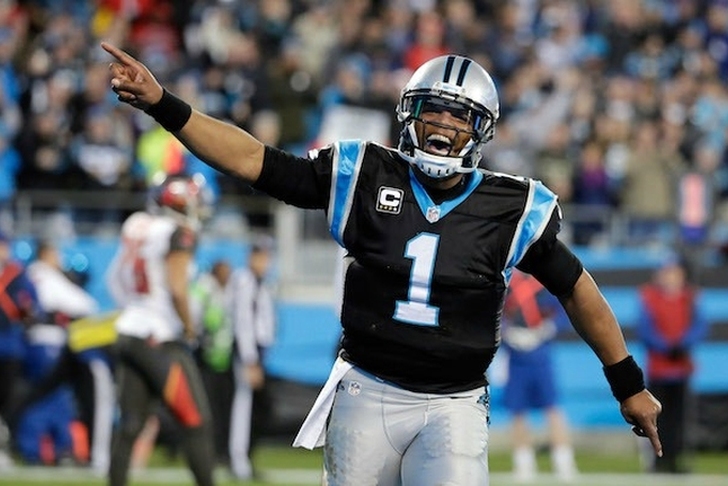 Carolina Panthers quarterback Cam Newton was named the 2015 NFL MVP at tonight's NFL Honors. It's the first MVP award of his career.

Newton led the Panthers, who were picked to finish third in their division behind the New Orleans Saints and Atlanta Falcons, to a surprising 15-1 record, and now the franchise's second Super Bowl berth. More impressively, he did it with nothing around him offensively. Tight end Greg Olsen and running back Jonathan Stewart are good weapons, but his receiving core is full of second-hand castoffs - and Newton's play has turned guys like Ted Ginn, Corey Brown, and Jerricho Cotchery into stars.

Overall, Newton completed 59.8 percent of his passes for 3,827 yards, 35 touchdowns and 11 interceptions this season while adding 636 yards and 10 touchdowns on the ground. He was also at his best when his team needed it most, leading the Panthers to four fourth-quarter comebacks and a 5-0 record in games decided by six points or less.

Putting himself in even more rarified air, Newton is now the second player to win the Heisman Trophy, college football national championship, and NFL MVP, joining running back Marcus Allen.