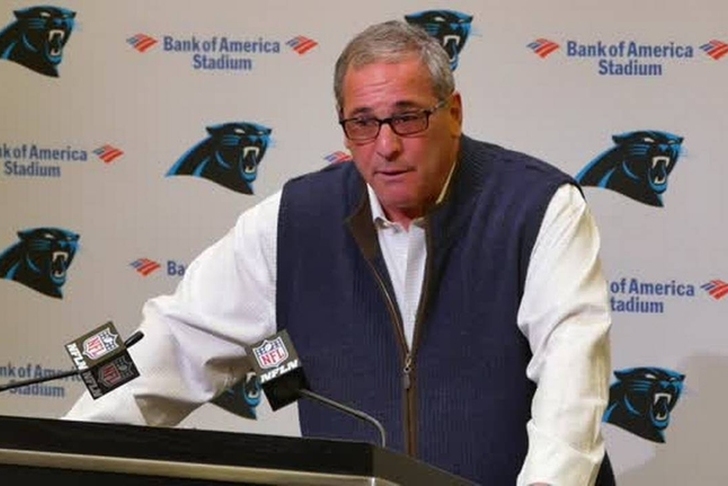 The Carolina Panthers have fired general manager Dave Gettleman, the team announced in a statement:

“After much thought and a long evaluation of our football operations, I have decided to relieve Dave Gettleman of his duties as general manager,” Richardson said. “I want to thank Dave for the role he played in our success over the past four seasons. While the timing of this decision is not ideal, a change is needed.”

Before joining Carolina, Gettleman spent nearly 30 years in NFL scouting departments. Overall, Gettleman has been a part of seven Super Bowl teams, including three winners. He was with Buffalo in 1990 and 1991, Denver in 1997, and the New York Giants in 2000, 2007 and 2011 before adding another appearance with Carolina in 2015. The Broncos, and 2007 and 2011 Giants won the championship. Gettleman has been associated with 16 playoff teams in his NFL career.

According to NFL Network's Ian Rapoport, tensions between Richardson and Gettleman had been growing ever since Gettleman let cornerback Josh Norman leave in free agency in 2016 to sign with the Washington Redskins.

Carolina made the playoffs in each of Gettleman's first three seasons with the team, including an appearance in Super Bowl 50, but went 6-10 last season. In total, the Panthers went 40-23 during his four-year tenure.