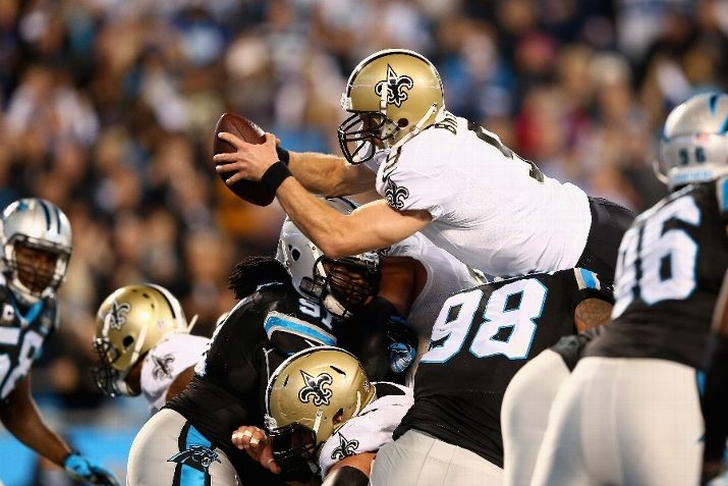 The Saints and Panthers face off on Sunday with playoff implications on the line. New Orleans is tied with the Atlanta Falcons for first place in the NFC South with a 5-7 record, while Carolina is just a game and a half back with a 3-8-1 mark this season.

The Panthers need a win to keep their already slim playoff hopes alive, while the Saints need to keep pace with Atlanta as the division winner will likely be the only team from the NFC South that gets a playoff berth.

To help us preview this critical matchup, we caught up with Erick from Big Easy Mafia in New Orleans to help us breakdown the game.

Which of the Saints offensive players should the Panthers worry about the most?

Jimmy Graham hands down is the one player Saints opponents need to worry about the most. So far this year, Graham has 65 receptions for 670 yards and 9 touchdowns. He is Drew Brees’ top target especially in the red zone. Jimmy Graham is able to find a lot of holes when you play zone coverage and then when you go man-to-man and press him, he’s a mismatch. He is 6'7" so all he needs is a jump ball kind of pass where he will out jump most defenders.

Which offensive/defensive matchup should fans keep an eye on?

The fans should keep an eye on who ever is covering Jimmy Graham. Almost every time it will be a mismatch as he is taller than anyone covering him and coming from a basketball background he will more than likely out jump his opponents as well. The key for Jimmy is, if it is catchable.... he needs to catch it, simple as that. Most of the time he creates enough separation for Drew Brees to slice the pass right into his hands, but he has a reputation of trying to run before the catch therefore it goes incomplete or intercepted.

The Saints secondary is by far the teams biggest weakness. The cornerback and safety position is where the Panthers will find the most success. Top cornerback Keenan Lewis has been stellar this year, but he can't do it alone. Patrick Robinson and Corey White both have been the laughing stock for opposing quarterbacks this year. Kenny Vaccaro has been playing decent but is also the victim of the poor cornerback play.

Who's the most underrated/under the radar player on New Orleans? Running back Pierre Thomas is extremely underrated. Thomas is one of the more versatile and complete backs in the NFL, and yet he rarely gets recognized for that fact. So far this year despite being injured, at the time this article was written, Thomas has 173 rushing yards and 257 receiving yards with 2 touchdowns and no fumbles. Mark Ingram gets all the attention when it comes to the running back position but when Pierre Thomas gets the chance he usually makes the play.

What's your prediction for the final score?

The Saints will take the win in what should be an easy victory. Not only because of the home field advantage but the Saints are just a better football team right now, despite the secondary considerably suffering.