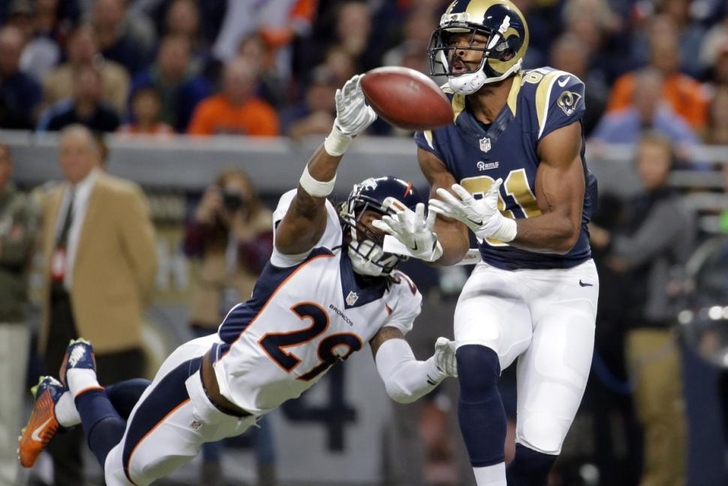 The Carolina Panthers were the first team to repeat as NFC South champions and made the playoffs for the second straight year even though they had a sub-.500 record. Despite their recent success, the Panthers need to upgrade their roster to become serious championship contenders. Here are their top free agent targets they're hoping can bring them to that level: Kelvin Benjamin proved he could be a legitimate No. 1 receiver in his rookie season, but the Panthers still need to improve the rest of their receiving core. Britt put up good numbers (748 yards, three touchdowns) despite having inconsistent quarterback play in St. Louis. He has the size and speed to be an elite receiver, and none of the off-the-field issues that plagued him in Tennessee came up with the Rams. He’s a high-risk, high-reward option, but might be worth it if the Panthers could sign him to a good deal.

Jacksonville's Cecil Shorts is another option for Carolina, but he's in much higher demand than Britt, and the Panthers have shown an unwillingness to spend a lot of on wideouts.

Offensive line and wide receiver are both major needs for the Panthers, but Carolina is targeting a lineman in the first round of the NFL Draft. However, they need an upgrade at more than one spot, and they should attract a good player in free agency. Sims is arguably the best lineman still available, and while Detroit would like to re-sign him, Carolina may offer him a more lucrative contract.

Carolina would like to slide Bene Benwikere to nickel corner, meaning they need to find someone on the outside who can play alongside Josh Norman. Williams isn’t an elite corner on the free agency market, but he’s in the second tier and would this need for the Panthers. He has Super Bowl experience from his time with the Ravens, and his physicality would be welcomed.

The 3 Top Draft Needs For The Carolina Panthers In 2015

WATCH: This 9-Year-Old Girl Donated Her Tooth Fairy Money To Help An NFL Head Coach In His Time Of Need