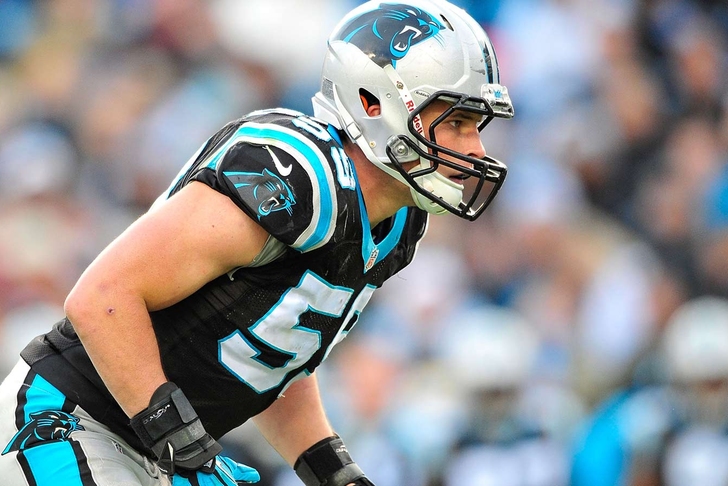 Luke Kuechly's controversial ejection was just one of the many low points in Carolina's 38-17 loss to the Green Bay Packers, but on Tuesday the NFL announced it had gotten that one wrong.

When a referee tried to remove Kuechly from a pileup, the 2013 NFL Defensive Player of the Year reacted by reflexively swinging his arm and making physical contact with the official - not much, but enough to warrant an ejection in the eyes of the ref. While it was technically supported by the rulebook, the decision didn't made sense in the context of the game - Kuechly, in the heat of the moment, had no way of knowing it was an official pulling him off and not another player...as is frequently the case in game situations.

Kuechly still finished the game as Carolina's leading tackler, with 8 total (7 solo) on the day. Panthers HC Ron Rivera was adamant Kuechly should not have been ejected:

Kuechly said he had no idea it was an official grabbing him when he reacted:

"To tell you the truth, I didn't know who was grabbing me,'' Kuechly said after the game. "I was trying to get out of there a little bit. You've just got to stay calm in those situations and just walk away and let it take care of itself.''

The NFL informed the Panthers and Rivera that the ejection should not have happened, and that Kuechly will not be fined in relation to the incident.