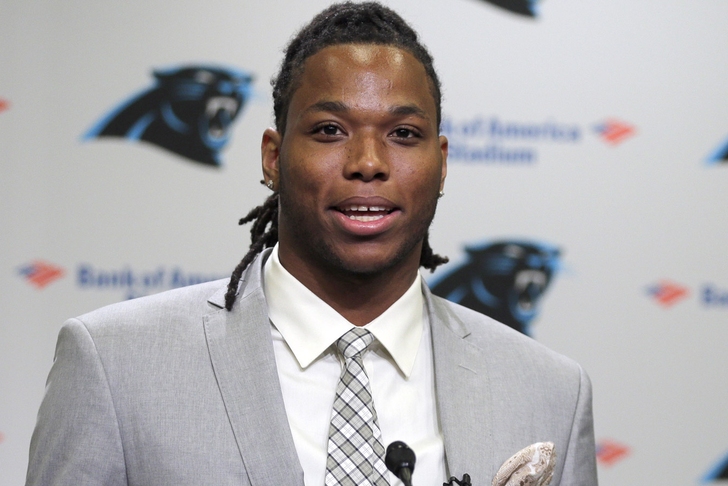 For the latest Panthers news and rumors, download our 5-star iPhone app today!

It seems as if the Carolina Panthers will have rookie wide receiver Kelvin Benjamin on the field for Sunday's game at Lambeau Field against the Green Bay Packers.

Per a report by Pro Football Talk's Mike Florio, "according to Joseph Person of the Charlotte Observer, Benjamin made the trip to Wisconsin.  He’s expected to play despite a concussion suffered last week against the Bengals."

Benjamin is still officially questionable after suffering a concussion that doctors have termed to be "mild."

As Florio points out, "that label prompted some criticism this week from NFLPA president Eric Winston, who explained on Friday’s PFT Live that publicly describing a concussion as “mild” applies more pressure to the player to return quickly — and raises more questions if the concussion lingers."

Regardless, it looks as if Benjamin will be ready to go for the Panthers' huge NFC clash with the Packers on Sunday.