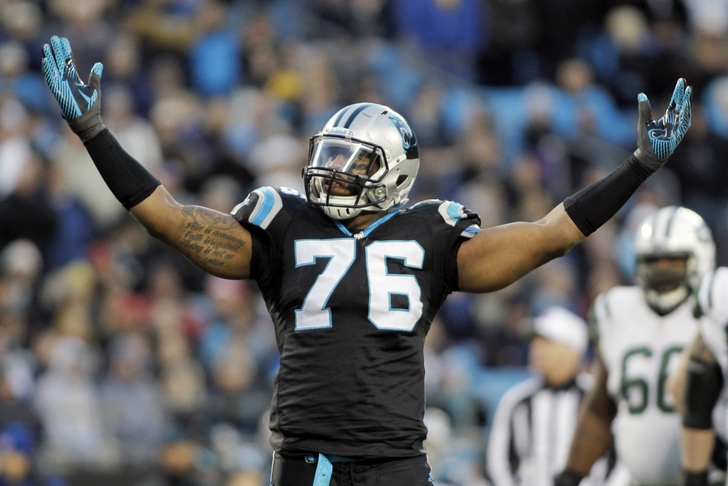 Carolina Panthers defensive end Greg Hardy played just one game for the team in 2014 and was placed on the league's commissioner's exempt list following his conviction on two counts of domestic violence last July (a ruling he is currently appealing).

With a jury trial date still in limbo, the Panthers will have a momumental decision in regards to Hardy when he hits unrestricted free agency this March.

To cornerback Josh Norman, the decision is simpler than it looks.

"A guy of that caliber, we need him,'' Norman said, via an Associated Press report. Norman would add that Hardy is a "rock" for the team's defense.

''I mean, hands down I would welcome him back, and relish the chance to play with that guy again," Norman said.

Norman adds that he's doesn't condone domestic violence, but added "at the end of the day the man's got to make a living. He's got to work. He's got a job to do.''

Defensive tackle Dwan Edwards also wants to see Hardy back in Carolina, conviction or not.

It's unclear as to whether or not owner Jerry Richardson will even consider re-signing Hardy, but there's at least two voices in the crowd advocating for Richardson to give Hardy a second chance.