Panthers Leading the Bucs 10-0 at the Half 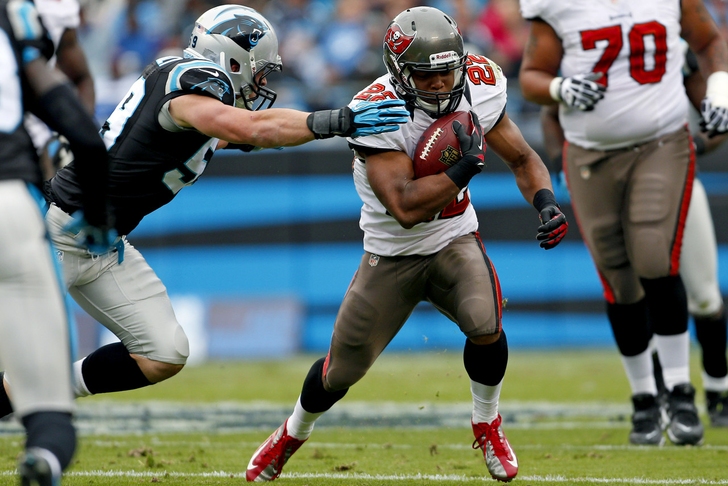 The Carolina Panthers head to Tampa to take on the Buccaneers in their season opener. Fresh off a breakout year, the Panthers are looking to start 2014 off on the right foot, but will have to do so without starter Cam Newton.

Derek Anderson gets the start instead, facing a tough Tampa defense.

There was little action early, with both Anderson and the Bucs' Josh McCown struggling to find room to throw.

After Tampa broke off a big run to move into Carolina territory, the defense came up with the first takeaway of the game, intercepting McCown to give the ball back to Anderson and the offense.

Carolina put the first points on the board shortly after as Anderson found Greg Olsen for the score, putting the Panthers up 7-0 midway through the second quarter.

Carolina added a late field goal before the half to take a 10-0 lead into the locker room.

The Panthers defense kept McCown and the Bucs in check, allowing just 84 yards in the first half and just two first downs.

Second half Prediction: With the Panthers defense playing well, Anderson and the Panthers offense won't need to put up a ton of points to win this game. Expect Carolina to stay conservative offensively and keeping the heat up defensively to hold of Tampa.