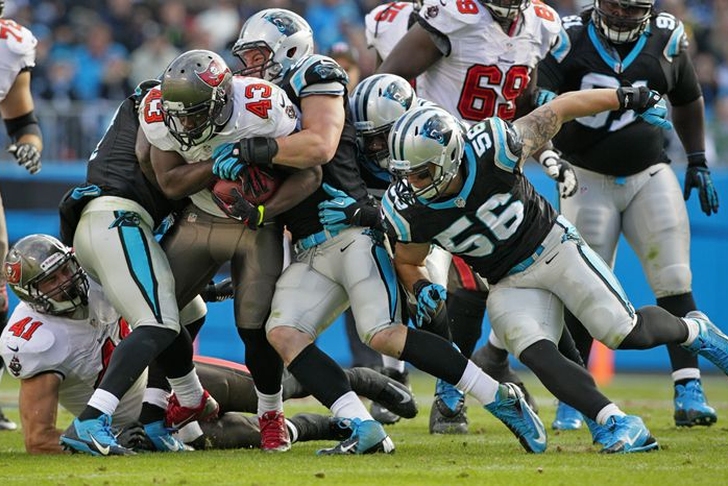 Carolina set the tone defensively, shutting down the Bucs offense while Anderson and the Panthers offense managed the game, taking a 10-0 lead.

The Buccaneers had one of their better drives of the day early in the third quarter, but stalled in Carolina territory, punting back to the Panthers.

The defensive battle continued, with each team playing for field possession late into the third quarter.

The Panthers recorded their second takeaway of the game late in the third, intercepting McCown to set up their offense once again.

The Buccaneers finally got on the board with a McCown to Chris Owusu hookup from 19 yards out, cutting the deficit to 17-7 midway through the fourth quarter.

Carolina was able to milk the clock, opting to run with Jonathan Stewart and De'Angelo Williams and allow their defense to finish off the game.

That plan almost backfired, as Tampa marched down for another touchdown with two minutes to go in the game, bringing the Bucs within three points at 17-14.

Tampa Bay even had a chance to tie or take the lead late, but on the first play of the potential game-winning drive, Carolina stripped Bobby Rainey and came up with a fumble recovery to seal the victory.

Carolina takes on Detriot next week, while the Bucs play St. Louis.